The Lamborghini Countach 5000QV (Quattrovalvole) replaced the LP500S in 1985.

For this model, Lamborghini increased the displacement of the V12 engine to 5.2L and fitted four valves to each cylinder. The name Quattrovalvole (Quattro (it.)=four, Valvole (it.)=valve) stands for this change.

Compared to the Lamborghini Diablo SV, it has slower acceleration and less effective nitrous boost. Its steering is manageable in corners, although use of brakes are required in tight turns. Players can reach a top speed of 188 mph (303 km/h) and 206 mph (331 km/h) with nitrous applied.

The Countach 5000QV appears in Need for Speed: Hot Pursuit (2010) as a Super Series racer vehicle, and as an SCPD Rapid Deployment unit as part of the Lamborghini Untamed pack for PlayStation 3 and Xbox 360 releases.

The racer vehicle and SCPD unit is unlocked upon purchase of the Lamborghini Untamed pack.

Despite a low top speed and weak durability, it has a very powerful nitrous boost and excellent handing. It can tackle any corner with ease, and can retain speed through corners.

The Countach 5000QV appears in Need for Speed: The Run as a tier 3 car in the Supercar pack.

The Countach 5000QV was first revealed to be featured in Need for Speed: Most Wanted (2012) with a multiplayer trailer of the game.

It appears as a Sports class car and can be found throughout various Jack Spots within Fairhaven City. It is unlocked in multiplayer upon reaching SpeedLevel 70.

Overall, the Countach 5000QV is one of the slower Sports cars due to a slightly underpowered acceleration. It can compete with most Everyday cars, but requires performance enhancing mods to be able to race against faster opponents.

The Lamborghini Countach 5000QV appears in the mobile release of Need for Speed: Most Wanted (2012) in the Sports category. It boasts balanced top speed, acceleration, and handling with the cost of $100,000. 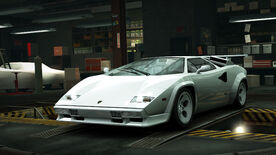 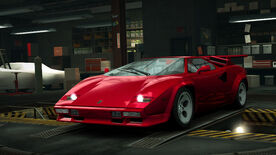 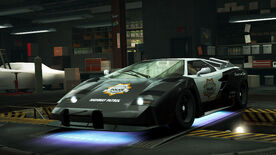 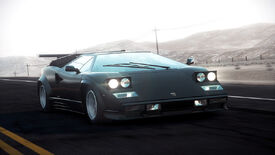 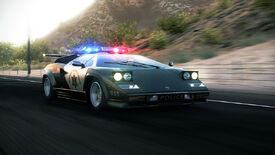 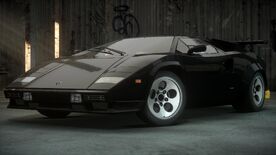 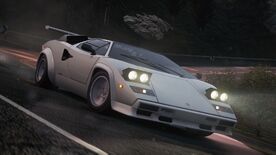 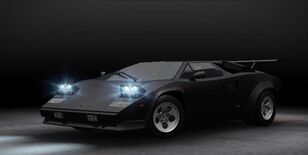 Need for Speed: Edge
Retrieved from "https://nfs.fandom.com/wiki/Lamborghini_Countach_5000QV?oldid=142120"
Community content is available under CC-BY-SA unless otherwise noted.