Need for Speed Wiki
Register
Don't have an account?
Sign In
Advertisement
in: Vehicles, 2000s, Lamborghini,
and 21 more

6-speed Manual
1,430 kg (3,153 lbs)
The 2006 Lamborghini Gallardo is a high-performance sports car manufactured by Lamborghini and is a revisional model year, with a slightly higher power output than the previous model year.

As part of the new model year changes, the exhaust system was altered, the gear ratios were lowered, the engine power output was increased by 20 bhp, and the suspension was readjusted. In 2007, a lightweight Superleggera was made available for a single year before the Gallardo was replaced by the LP 560-4 in 2008.

The Gallardo appears in Need for Speed: Carbon as a tier 3 exotic class car.

It has a high top speed, and is very stable through corners, making it a very stable and dependable handing exotic. Its drawback is its acceleration, which means it can give trouble with events featuring long straights following corners, as it will not reach its top speed without the help of nitrous.

The stock Gallardo is unlocked for purchase in the Career mode depending on the player's chosen career path:

The bonus Gallardo is available for use in Quick Race from the beginning of the game.

Neville drives a Gallardo as part of the crew in the exotic career path of the Career mode, if the player drives a tier 3 car.

Sal drives a Gallardo as part of the crew in the exotic career path of the Career mode, if the player drives a tier 3 car.

The Gallardo appears in Need for Speed Carbon: Own the City and is unlocked in the PlayStation Portable release after defeating Clutch.

The Gallardo appears in the PlayStation 2 and Wii releases of Need for Speed: Undercover with a price tag of $89,000.

The Tri-City Bay Police Department utilise it as a Super State Cruiser in the PlayStation 2 and Wii releases.

The Gallardo appears in Need for Speed: Nitro as a class A exotic. It is rated 4 in both speed and drifting; 3 in both acceleration and handling; and 2 in strength.

Omar, the top racer in Cairo, drives a Gallardo in all of its Gold Cup race events except for the Drift Challenge, Time Attack, and Speed Trap events.

Unlike his Beetle and and Cayenne Turbo S, a Gallardo with a unique livery, instead of Omar's Gallardo, can be unlocked as a collectable car for use in both Arcade Mode and Career Mode, once all stars are obtained in all Cairo Gold Cup events. 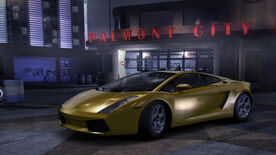 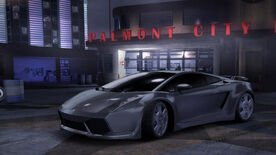 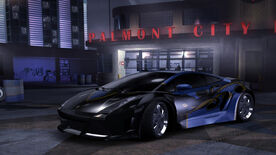 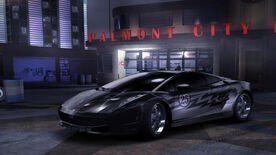 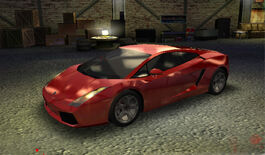 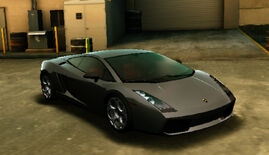 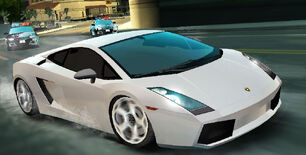 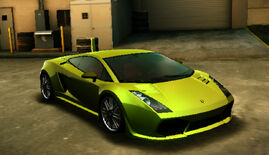 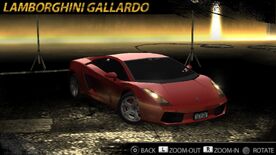 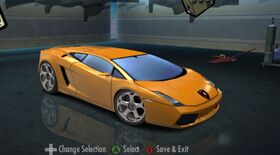 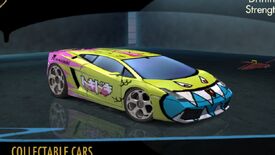