The Lamborghini Gallardo Coupé Super State Cruiser is utilised by the Tri-City Bay Police Department (TCBPD) in the PlayStation 2 and Nintendo Wii releases of Need for Speed: Undercover. 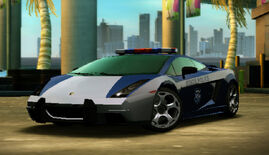 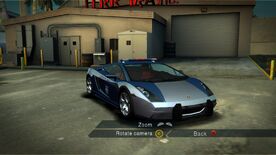