Need for Speed Wiki
Register
Don't have an account?
Sign In
Advertisement
in: Vehicles, Cars, Lamborghini,
and 27 more

It is a tribute of Lamborghini to its factory test driver Valentino Balboni. The car was available with a 6-speed manual gearbox or an E-Gear sequential transmission and white gold stripe on the exterior. Only 250 units of the LP 550-2 were produced.

The number 550 in its name stands for the power output in horsepower whilst 2 is a reference to its rear wheel drivetrain.

It is superior to the LP 560-4 despite its rear-wheel drivetrain due to its better manoeuvrability and top speed, as well as acceleration up to par with the Lamborghini Murciélago LP 640.

The only disadvantage of the Valentino Balboni is its weak nitrous boost, but can be used effectively in both multiplayer races and events involving the police.

The Achievement Edition style is an achievement car awarded to the player upon them installing 200 Performance Parts that are rated 3 stars or better. It was made available on April 10, 2013.

It is fitted with a unique aftermarket licence plate, and has a unique Achievement Edition livery design applied.

The Valentino Balboni appears in Need for Speed: Hot Pursuit (2010) as a Super Series racer vehicle, and as an SCPD Rapid Depolyment unit.

Since the vehicle is rear-wheel drive, it slides better than any other Gallardo in corners and matches the LP 560-4 in speed.

The Gallardo LP 550-2 Valentino Balboni appears in Need for Speed: The Run as an Exotic class Tier 4 car and as a Supercar class Tier 5 car.

It made a brief appearance in the "Run for the Hills" gameplay trailer released on July 27, 2011.[2] and its inclusion was revealed by the official Need for Speed website on October 30, 2011.

The stock Gallardo LP 550-2 Valentino Balboni is unlocked upon the player completing Stage 3 of The Run.

The Gallardo LP 550-2 Valentino Balboni appears in Need for Speed: Hot Pursuit Remastered as a car tier 3 vehicle available to cops and racers.

It has a decent top speed and acceleration for its tier, and handles well through corners, but sits in the middle between performance and durability. 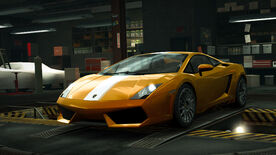 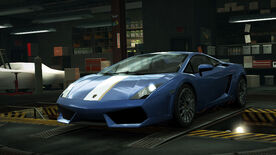 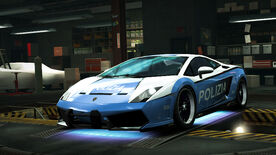 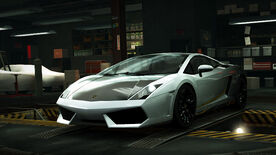 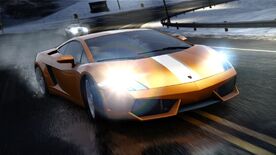 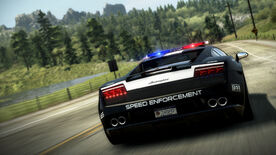 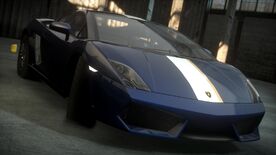 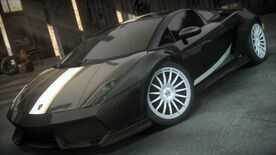