The 2006 concept was designed by Lamborghini's Chief Stylist - Walter de'Silva. He expressed every intention of the concept being a faithful recreation based on the original 1960s design by Marcello Gandini. The differences between the concept compared to the original are few and far between with many alterations being made based on modern vehicle regulations.

The Miura concept was first shown at the American Museum of Television and Radio alongside the Los Angeles Auto show on January 5th, 2006 but was not present at the auto show. It was officially debuted two weeks later at the North American International Auto Show to commemorate the 40th anniversary of the original Miura which debuted at the 1966 Geneva Motor Show.

A V12 taken from the Lamborghini Murciélago was placed into the Miura concept alongside an advanced all-wheel drive system and a rising rear spoiler. The concept model also features lower side-intakes, large wheels, a wider overall body, highly detailed headlights, and brushed aluminium louvres compared to the 1966 Miura.

The Miura Concept was made available in Need for Speed: World on July 4, 2013 following the game's official Facebook page reaching one million likes.

It could be unlocked for free with a single use redeem code. It was later made available for purchase with SpeedBoost on October 30, 2014.

The Yellow style is a performance tuned speedboost car that costs

The Yellow style is a rotationally available cash car that costs

The Miura Concept appears in Need for Speed: Rivals as a racer vehicle and an RCPD unit included with the Concept Lamborghini Pack.

The Miura Concept 2006 appears in Need for Speed: Edge. 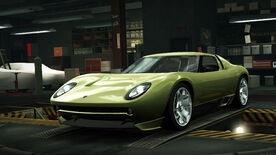 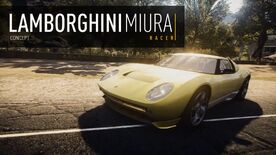 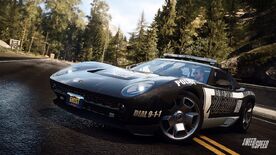 Need for Speed: Edge
Retrieved from "https://nfs.fandom.com/wiki/Lamborghini_Miura_(Concept)?oldid=139562"
Community content is available under CC-BY-SA unless otherwise noted.