Need for Speed Wiki
Register
Don't have an account?
Sign In
Advertisement
in: Vehicles, 1990s, Lancia,
and 29 more

It was designed as the homologation model of the Lancia Delta compact car series, so that they could compete in the World Rally Championship. The Lancia Delta is the most successful rally car to this date, having won the constructors' title a record six times in a row from 1987 to 1992.

The Delta HF Integrale Evoluzione II appears in Need for Speed: ProStreet as a tier 2 car included with the downloadable Booster Pack.

It is one of the best cars for Grip events thanks to its all-wheel drive system and a 0 to 60 mph time of 5.7 seconds.

The Delta HF Integrale Evoluzione II was made available in Need for Speed: World on January 10, 2012 as a tier 2 car. Since August 22, 2012, it has been featured as a C class vehicle.

Despite having a weak nitrous boost, it is a competitive car for races and is capable of reaching a high top speed that it can maintain through corners as well.

The "Rally" style is an art director car that costs

The Delta HF Integrale Evoluzione II appears in Shift 2: Unleashed as a Retro D class car with a performance rating of 419 and has a price tag of $20,000.

It is a good car to drive in the retro series thanks to its all-wheel-drive system, precise steering, and stable handling through corners. It can become competitive with upgrades but suffers from slight understeer whilst cornering.

The Delta Integrale HF appears in the PlayStation 3 and Xbox 360 releases of Need for Speed: The Run as a Sports class car. It is included as part of the downloadable Italian Pack released on January 31, 2012.

The stock Delta Integrale HF requires the Italian Pack and is unlocked from the beginning of the game.

The "Mud" Signature Edition Delta Integrale HF requires the Italian Pack and is unlocked upon the player achieving a Bronze Medal in all "Italian Challenges" events in the Challenge Series.

The Need for Speed Edition Delta Integrale HF requires the Italian Pack and is unlocked upon the player beating 5 Solo Objectives in the "Italian Motor Racing" Playlist.

The Delta Integrale Evoluzione II appears in Need for Speed: Most Wanted (2012) as an Everyday class vehicle that was revealed in the Get Wanted trailer released on September 25, 2012.

It can be found in various Jack Spots in single player, and is unlocked in multiplayer upon reaching SpeedLevel 68.

It has good steering and outstanding off-road performance, but fails to keep up with due to its weak acceleration. It might rely on the addition of performance mods to keep up in competitive races.

It has a solid chassis that can sustain damage in pursuits, and can be used to lose the police along unpaved or off-road routes.

The Delta Integrale Evoluzione II appears in the mobile release of Need for Speed: Most Wanted (2012) in the Everyday category.

It lacks in top speed, but makes up for it with handling and acceleration. It's also the cheapest car in the game with a cost of $12,000. An NFS Edition with better overall stats is available for $120,000.

The Delta HF Integrale Evo 2 1993 appears in Need for Speed: Edge with a B class performance rating. 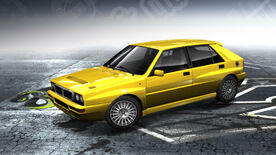 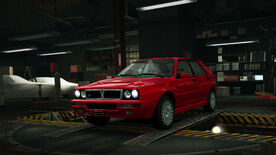 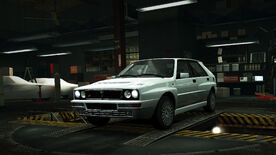 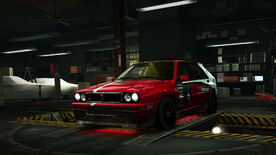 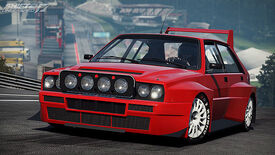 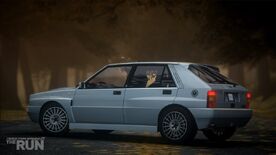 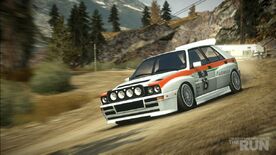 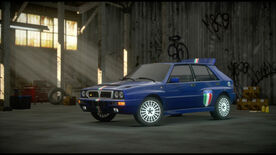 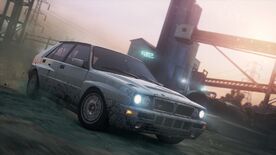 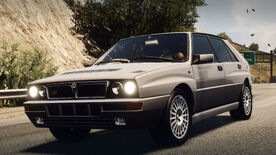 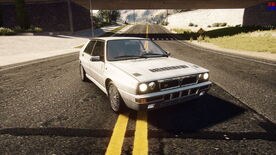