Need for Speed Wiki
Register
Don't have an account?
Sign In
Advertisement
in: Vehicles, 2010s, Land Rover,
and 19 more

Based on the L494 model with its aluminium body and active anti-roll bars, the SVR (Special Vehicle Racing) is equipped with a 5-litre supercharged V8 engine stripped from the Jaguar F-Type R.

It was announced on August 11, 2014 at Pebble Beach by Land Rover, and was revealed with numerous alterations over the Evoque's design aesthetic of the other second-generation Range Rover Sport models.

Fitted with a new front bumper with large ducts, the rear bumper was also altered to allow for a revised diffuser and twin exhaust tips.

The Range Rover Sport SVR "No Limits" is a super class car that requires 60 epic blueprints to unlock. The blueprints required to unlock the vehicle can be found from various sources:

The Range Rover Sport SVR appears in Need for Speed: Payback following its required usage in the Titanium Trial questline included with the March Update, and was revealed on May 29, 2018 to be a downloadable add-on with the release of the June Update on June 19, 2018.

It could not be purchased or used in-game beyond in its featured Castrol Titanium Time Trial event, but its presence[2] in-game, with multiple visual customisation parts and performance parts, was known before its June 19, 2018 release.

It is unlocked for purchase from dealerships upon purchasing and download from the online store.

It can only be driven in event two of the Titanium Trials - Dust Off My Shoulder.

The Range Rover Sport SVR '15 appears in Need for Speed: Heat following an article published[3][4] on August 19, 2019, revealing it to be part of the game's official car list, and appears in the NFS: Heat Studio app as part of container 10, which was released on October 22, 2019. 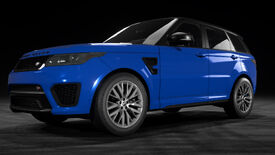 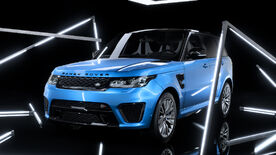 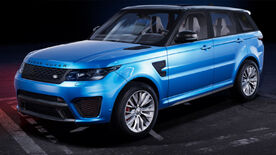