Need for Speed Wiki
Register
Don't have an account?
Sign In
Advertisement
in: Vehicles, 2000s, Lexus,
and 22 more

The IS 300 was the fastest model of the XE10 series. For the Japanese market, the 3.0 litre inline-six was only available in Toyota branded Gita estate/wagon models.

The IS 300 appears in Need for Speed: Underground 2 and is unlocked after completing five URL events in Stage 3 of the career mode.

It has average performance and handling when compared to other cars unlocked in Stage 3.

The IS300 appears in Need for Speed: Most Wanted.

It has the most capable handling of all initial career cars, but lacks in terms of speed. It is still a good candidate for Junkman performance parts, due to a low weight and its consequently great handling.

The stock IS300 is available from the beginning of the Career mode.

It can be purchased in the Career mode from a Car Lot for 27,000 cash, and it can be selected for customisation in My Cars.

Vince "Taz" Kilic drives a customised IS300, which is made available as a Bonus car for use in Quick Race or multiplayer after he is defeated in the Career mode. It can not be selected for customisation in My Cars.

It can be added to the player's garage in the Career mode as a possible pink slip reward from one of three mystery Bonus Markers offered after defeating Blacklist Rival #14: Vince "Taz" Kilic.

A custom IS300 is offered in the Challenge Series and can be driven in two events:

The IS 300 appears in the PC, PlayStation 3, and Xbox 360 releases of Need for Speed: Carbon as a tier 1 tuner class car.

The custom blue IS 300 is unlocked for use in Quick Race upon the player reaching Online XP Level 1.

The custom red IS 300 is unlocked for use in Quick Race upon the player reaching Online XP Level 1.

Compared to the Lexus IS 350, it has worse handling and a lower top speed, but compensates these traits with a significantly stronger nitrous boost. It also has weak acceleration, comparable to that of the Toyota Corolla GT-S, but has excellent pursuit durability. 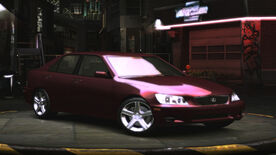 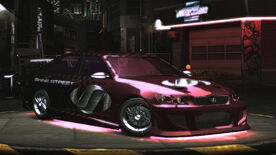 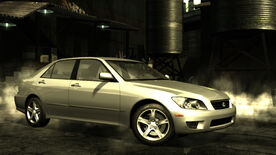 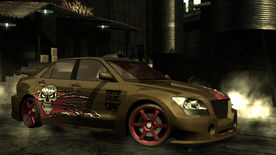 Need for Speed: Most Wanted
(Taz's) 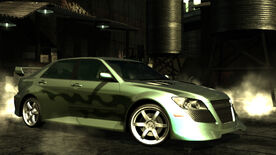 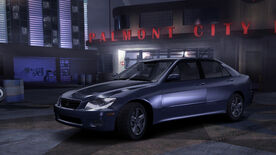 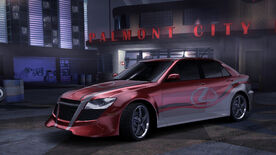 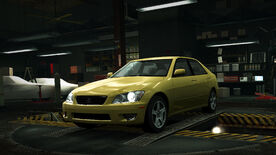 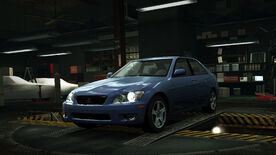 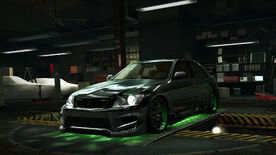