The second generation IS models didn't feature an estate body type but did feature a series of 4-door models and a 2-door hardtop convertible model. The IS 350 went on sale alongside the 250 model.

The 350 model features larger brake discs and callipers that are also used on the 430 model of the GS line. It is powered by a 3.5L V6 producing more than 300 horsepower. The IS 350 can be ordered with an all-wheel drive system.

The IS 350 appears in Need for Speed: ProStreet as a tier 2 car included in the Collector's Edition Upgrade with a price tag of $42,000.

It is a decent tier 2 car, with manageable steering through corners, but might be difficult to control during hard cornering.

The engine of the IS 350 produces a decent amount of power and does not prevent the player from keeping up with other tier 2 cars. Its performance is best suited to Grip, thanks to its controllability.

Unlike the Lexus IS-F, it is able to exit corners without losing much speed. It can turn better than the Chevrolet Chevelle SS but does feel somewhat stiff through sharp bends because of its mass.

It accelerates significantly slower than most cars such as the Nissan 350Z and needs a longer time to reach its top speed, considering its nitrous only provides a moderate speed boost. With performance parts better than that of the Race series, this problem can be shrunk.

It is a good allround car, which is suitable for both racing and police chases. The Mazda MX-5 however, has a better handling and is a better car for race events. 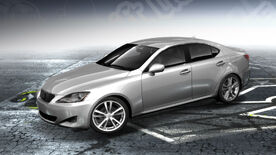 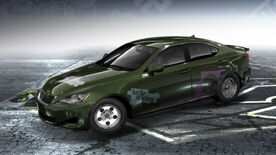 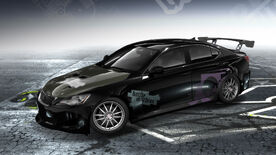 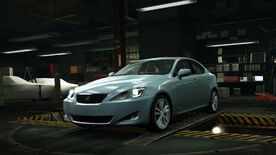 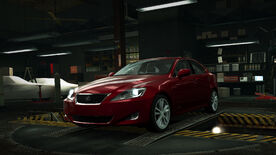