It is the first part of the Rival Challenge event against Blacklist #6 - Ming - within the career mode in Most Wanted, and followed up by the North Bay & College Speedtrap event. The event was featured as a C Class restricted event in World.

The route encompasses the central part of Downtown Rockport between Fairmont Bowl and Agostini Heights. Players are able to max out their speed on Bond Boulevard, but will encounter a series of sharp corners within Agostini Heights near Little Italy.

Ming and a Mitsubishi Eclipse

Ming and the player 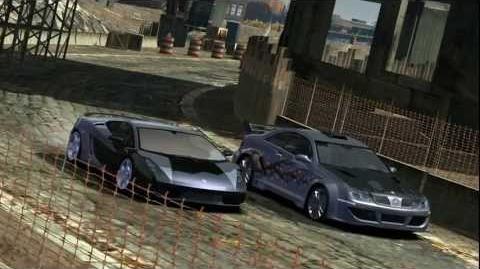