756 kg (1667 lbs)
The Lotus Elise Sports Tourer is the base model of the mid-engined roadster by Lotus, and represents the second generation of the Lotus Elise range.

Initially, the Elise boasted a 1.8L inline-four engine by Rover before it was replaced by a Toyota engine in 2004.

It is available from the beginning in the PC, GameCube, and Xbox releases, but is unlocked after completing Ultimate Racer event #1 in the PlayStation 2 release.

The Lotus Elise is the slowest car in the game due to its weak engine. On the other hand, it has excellent handling allowing it to exit corners at a higher speed than heavier cars like the Mercedes-Benz CL 55 AMG. Very delicate handling is required, as the Elise can irrecoverably lose traction if oversteered. 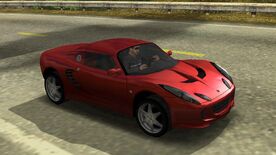 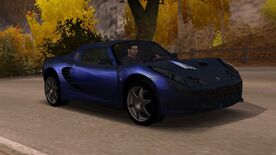 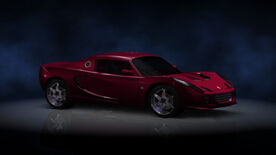 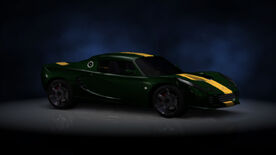