Need for Speed Wiki
Register
Don't have an account?
Sign In
Advertisement
in: Vehicles, 2000s, Lotus,
and 29 more

The 111R is powered by a fuel-injected 1.8L Toyota engine codenamed '2ZZ-GE' producing 189bhp. The powerplant is also utilised by the Lotus Exige. For the 2011 model year, the Elise received a facelift.

The Elise appears in Need for Speed: Most Wanted.

It is a light car and possesses very responsive handling, although it has a low top speed rating and has the second-smallest engine, meaning it can easily be outpaced by bigger and heavier cars. The acceleration is on par with any vehicle within its range, making t a very competitive car in every race type.

It is particularly useful for routes with tight corners, but should not be used in pursuits as its mass isn't sufficient for ramming police vehicles.

The stock Elise is unlocked through the Career mode upon the player defeating Blacklist Rival #8: Jade "Jewels" Barrett.

Upon being unlocked, it can be purchased in the Career mode from a Car Lot for 48,000 cash, and it can be selected for customisation in My Cars.

The tuned Elise is included with the Black Edition release and is available from the beginning as a Bonus car for use in Quick Race or multiplayer.

A custom Elise is offered in the Challenge Series and can be driven a Tollbooth Time Trial event:

A custom Elise is offered in the Challenge Series and can be driven a Pursuit Length event:

The Elise appears in Need for Speed: Carbon as a tier 2 exotic class car.

It has sharp handling, which is comparable to that of a tuner class car. Alongside impressive acceleration and top speed, it is very well suited to race events, but can be easily thrown off in pursuits.

The stock Elise is unlocked for purchase in the Career mode depending on the player's chosen career path:

Once unlocked, it can be purchased from any Car Lot for 50,000 cash.

Neville drives an Elise as part of the crew in the exotic career path of the Career mode, if the player drives a tier 2 car.

The Elise appears in Need for Speed Carbon: Own the City. It is unlocked upon beating Steve and can be purchased for $45,000.

The Elise appears in Need for Speed: ProStreet and is unlocked upon dominating the Showdown: Chicago race day with a price of $46,000 in the car lot.

It has direct steering and decent acceleration, thus it's strongly recommended for any circuit race event with technical corners and vertices. It performs in other race types such as in Drift well, too, but has a low top speed and is not suitable for Speed Challenges.

Once the player car has upgraded it with high level performance parts, it is capable of drag times lower than eight seconds.

The Elise appears in Need for Speed: Undercover as a tier 4 vehicle that can be purchased for $42,500.

Its handling is very responsive and immediate, its acceleration is on par with other cars. The top speed of it is one of the worst within its tier, however, this flaw is compensated with great high-speed stability and superb cornering ability.

It appears in the PlayStation 2 and Wii releases with a price tag of $40,000.

The Elise appears in Need for Speed: Shift as a tier 2 vehicle with a price tag of $60,000 and a performance rating of 5.10. It is unlocked upon accumulating 30 stars and capable of a Works upgrade.

With a low weight and a decent amount of power, it is one of the best choices for any race course. It has stellar steering, which makes high-speed cornering without any difficulties possible. It is especially recommended for players who need a quick sports car that is easy to control. Top speed-wise, it may not be up to par with stronger cars though.

The Elise was made available in Need for Speed: World during the Taiwan restricted test session on October 14, 2009 as a tier 2 car. Since August 22, 2012, it has been featured as a B class vehicle.

It is one of the best handling tier cars in the game, as evident by a very high handling rating and superb steering precision, which makes high-speed turning in almost every type of corner possible. Acceleration is underwhelming compared to cars with a higher H.A.T. rating.

Since the August 22, 2012 patch, the Elise received a better acceleration and a higher top speed of 157 mph (253 km/h) at the cost of its previously decently performing nitrous boost. Its steering responsiveness was significantly improved as well. The Elise can turn better than the Lotus Exige Cup 260, but feels twitchy at low speeds.

The Elise can be made to a competitive class A car, if the player installs pro series performance parts or better. Its acceleration can be significantly improved with these upgrades for better performance on straight roads and to allow it to keep up with more powerful and heavier class A cars.

It is best used in race tracks with a series of consecutive corners to outmatch less agile and heavier cars. The Elise performs poorly in Team Escape and Pursuit Outrun, as its light chassis cannot sustain being rammed, especially in head-on collisions with Rhino SUVs.

The Elise appears in Shift 2: Unleashed as a Modern Road vehicle with a performance index rating of D 460 and handling rating of 3.24. It can be purchased for $35,000.

The Elise 111R 2005 appears in Need for Speed: Edge with a B class performance rating. 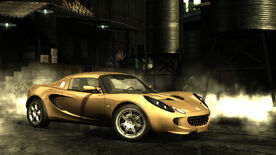 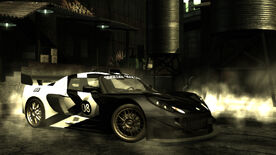 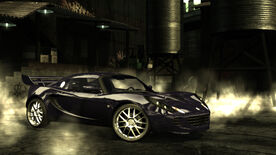 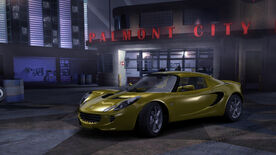 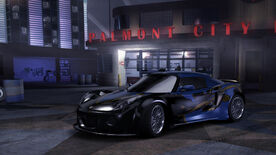 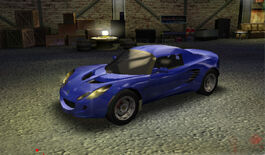 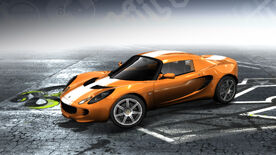 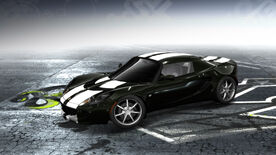 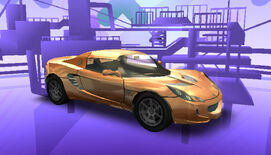 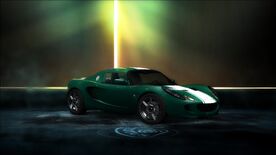 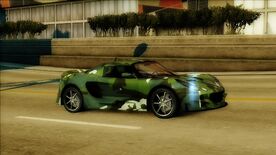 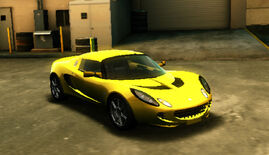 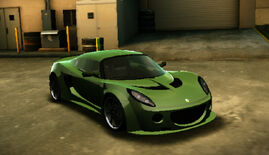 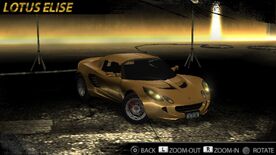 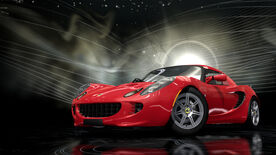 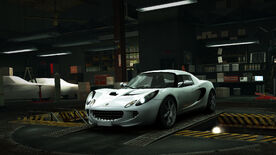 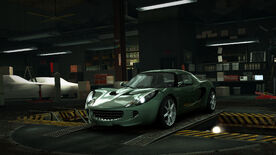 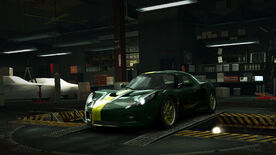 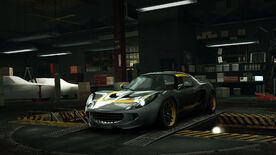 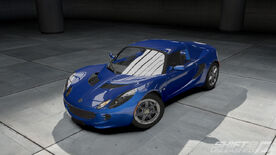 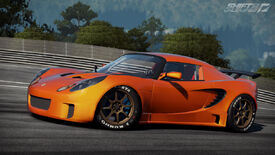 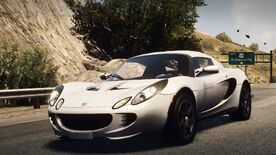 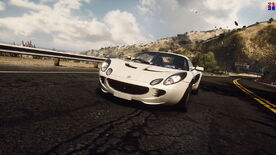