995 kg (2194 lbs)
The Lotus Europa S is a mid-engined lightweight grand tourer manufactured by Lotus. It is a comfort oriented sports car, featuring air conditioning and a sound system, which is unusual for a Lotus.

The Europa S appears in Need for Speed: Carbon as a tier 2 exotic.

It can not be purchased in career mode, and is only unlockable for use in Quick Race. Players can unlock the car in stock form, and in a modified variation, upon reaching XP level 50 in multiplayer.

Thanks to its quick acceleration and precise handling, it is a fast tier 2 car, performing similarly to the Lotus Elise.

In the PlayStation 2 release, it can only be driven in the bronze tier drift Challenge Series event.

It shares similar handling characteristics with every other Lotus because of a low weight. Its acceleration is effective for B class standard but feels lacking compared to most A class cars. Its nitrous boost on the other hand is powerful.

It is suitable for every race type. Players can outstrip faster accelerating cars in low-speed corners and take advantage of its strong perfect launch boost. 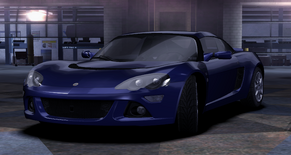 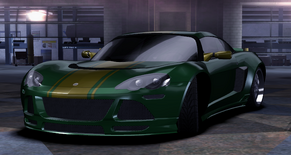 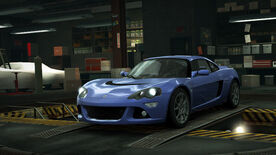 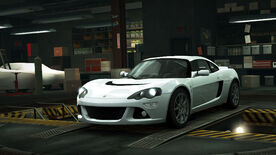