The Lotus Evora is a sports car developed by Lotus, which was first unveiled at the British International Motor Show. In 2009, it was put into production with a 3.5L V6 by Toyota.

Unlike the Lotus Europa S, the Evora is not based on the Elise platform, but on a completely new one. A 345 bhp supercharged variant called the Evora S is also in production.

It has a light body, which allows it to benefit from multiple performance advantages, and is easy to handle in corners due to having a lot of grip. Its acceleration is up to par with others and more powerful compared to the Porsche 959.

In addition to that, it possesses a strong nitrous boost, however, its power might be lacking.

Before August 22, 2012, it could only be purchased if the player was at Driver Level 42 or above and cost

The Evora appears in Need for Speed: The Run with its official reveal on October 26, 2011 following occasional appearances in early trailers.

The Evora is a tier 3 car that is unlocked from the beginning of the game. It has a "normal" handling rating and a top speed of 177 mph (285 km/h).

The Ciara signature edition is a tier 5 car that is unlocked upon beating 25 group objectives. 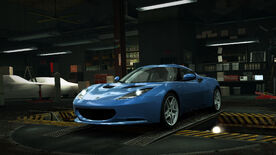 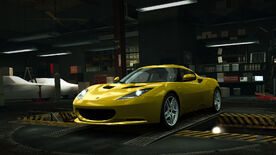 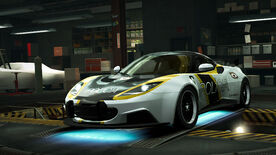 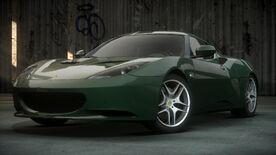 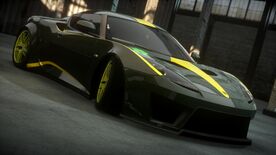 Need for Speed: The Run
(Ciara) 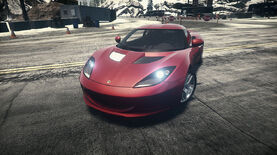 Need for Speed: Edge
Retrieved from "https://nfs.fandom.com/wiki/Lotus_Evora?oldid=129366"
Community content is available under CC-BY-SA unless otherwise noted.