Besides weight savings, the Cup 260 features a new front bumper, designed for better cooling of the engine. The rear spoiler has been inherited from the Exige GT3 Road Car Concept.

Compared to the Lotus Elise, it has more power and a higher top speed of 189 mph (305 kmh), although it has slightly less responsive handling than it and a significantly weaker nitrous boost than the Chevrolet El Camino SS. Due to its low weight, the steering has a lot of feedback and requires little braking effort through slow corners.

However, this trait also affects its ramming capabilities. In collisions, it feels very unstable and can be easily forced to stop, and therefore it is best used for races only.

The Adrenaline style is an art director car that costs

The Exige Cup 260 appears in Need for Speed: The Run.

The stock Exige Cup 260 is a tier 3 car that is available from the beginning.

The NFS Edition Exige Cup 260 is a tier 4 car that is unlocked upon beating five objectives in the Exotic Playlist.

The F.T.D. signature edition is a tier 5 car that unlocked as a rare bonus wheel reward. 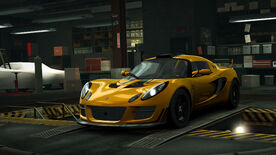 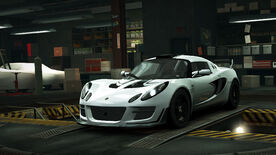 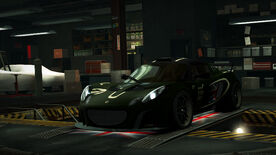 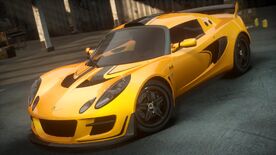 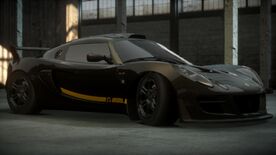 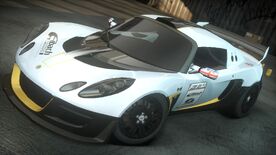 Need for Speed: Edge
Retrieved from "https://nfs.fandom.com/wiki/Lotus_Exige_Cup_260?oldid=140003"
Community content is available under CC-BY-SA unless otherwise noted.