Need for Speed Wiki
Register
Don't have an account?
Sign In
Advertisement
in: Vehicles, Cars, Race Car,
and 13 more

1270 kg (2800 lbs)
Stub - Why not help by expanding this article with relevant information.

The car was designed to participate in Australia's V8 Supercar touring car category and first entered the category in 1999 as a replacement for the VS Commodore race car.

The VT Commodore raced in V8 Supercars as Holden Racing Team's manufacturer entry from 1998 to 2000 and scored a championship victory in all 3 seasons.

After the introduction of the new VX Commodore race car, the VT Commodore participated as a privateer entry until the 2002 season.

The MHRT VT Commodore appears in the Australian PC and PlayStation releases of Need for Speed: High Stakes as a class AA vehicle. It costs $550,000 and can be unlocked in the HSV Pro Cup event.

It features improved acceleration and top speed over the VT GTS and SV99, as well more responsive handling capabilites. 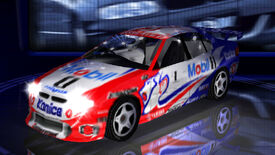 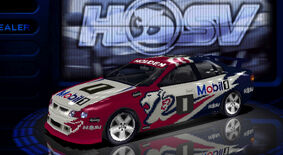