Larger fenders and an increased wheelbase differentiate the car from its predecessors. It has either a 1.8L or 2.0L MZR inline-four engine, which has replaced the 1.8L BP inline-four engine series used by the NA and NB generation.

The low weight is beneficial to its handling, which can be useful for tight and difficult corners. Unlike other rear-wheel drive cars, it rarely oversteers and is therefore a good choice for a starter car.

However, due to a less powerful engine than other cars, it may be outperformed by its rivals in terms of acceleration. Because of that, it is best used in race courses with a high number of difficult corners.

It is a decent class D car, as it is capable of high-speed cornering, because of its light weight. Players can exit corners at a higher speed than with similar cars such as the Lexus IS 350.

It shows weaknesses in terms of acceleration and nitrous boost, but these traits make it suitable for difficult race courses instead of tracks with many long straight roads, although its power and handling can be noticeably improved with Race series performance parts or better.

To eliminate its lack of power, players can swap the its engine with the rotary engine of the Mazda RX-7. It gets a significant increase in acceleration with no negative impact on handling, although it is recommended to install weight reduction upgrades to improve its braking capabilities.

The MX-5 appears in Need for Speed: The Run.

The stock MX-5 is a tier 1 car that is unlocked from the beginning of the game, and has an "easy" handling rating.

The NFS Edition MX-5 is a tier 4 car that us unlocked upon completing twenty objectives in the Underground playlist. It has produces 432 bhp, can reach a top speed of 190 mph (306 km/h), and can accelerate from 0 to 60 mph in 4.4 seconds.

The T Prime MX-5 is a tier 5 signature edition car that is unlocked upon reaching Driver Level 35. 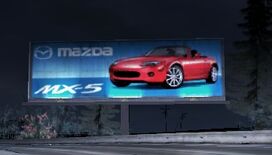 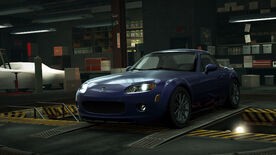 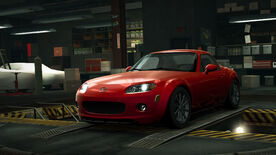 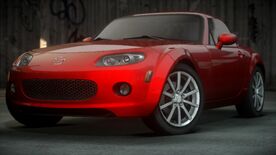 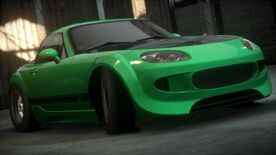 Need for Speed: The Run
(NFS Edition)
Retrieved from "https://nfs.fandom.com/wiki/Mazda_MX-5_(NC)?oldid=132927"
Community content is available under CC-BY-SA unless otherwise noted.