The ND model is fitted with various technological improvments under Mazda's SkyActiv brand including a lightened chassis, a more fuel-efficient and powerful engine design. A new running gear design allows for the engine to be placed behind the front axle and closer to its centre of gravity.

New lightweight and rigid suspension, made up of a double-wishbone setup in the front and a multi-link design in the rear, allows for firmer as well as improved handling.

The MX-5 can be purchased for

Stub - This article section needs expanding with relevant information.
The MX-5 (2015) appears in Need for Speed: No Limits as part of the "#ZeroToHero" special event that took place from March 15, 2018 to March 22, 2018. The MX-5 is featured as a unique "Speedhunters" car that is introduced as visually stock, with each stage up adding various visual upgrades to the vehicle. The starting performance rating is 602.

The MX-5 (2015) appears in Need for Speed: Payback following a brief appearance in the Welcome to Fortune Valley trailer[1] released on September 26, 2017.

The MX-5 appears in Need for Speed: Edge. 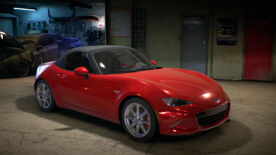 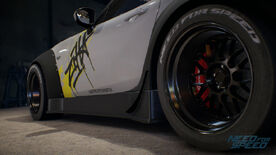 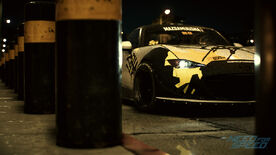 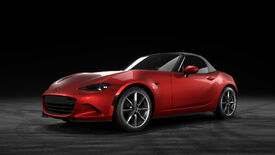 Retrieved from "https://nfs.fandom.com/wiki/Mazda_MX-5_(ND)?oldid=124042"
Community content is available under CC-BY-SA unless otherwise noted.