The FC3S Turbo-II is the North American counterpart of the Japan-exclusive Mazda RX-7 GT-X and Mazda RX-7 Infini III, which were the most powerful cars of the FC generation.

The RX-7 was made available in Need for Speed: World on November 20, 2012 and appears as a D class vehicle.

Best described as an average class B competitor with good handling, acceleration is comparable to that of the Mazda RX-7 FD and other similarly rated Japanese cars. Its nitrous boost has a moderate strength.

Its steering is not as responsive as seen on other Mazda rotary engine powered cars, but is still useful for high-speed cornering due to its decent grip.

The FC3S style is a vintage series car that costs

The RX-7 appears in Shift 2: Unleashed as a Retro D vehicle that costs $5,200, making it the second cheapest car in the game.

It lacks power, but is compensated by great handling. Due to its low price and the capable chassis, it responds well to power upgrades.

The Team Need for Speed edition is unlocked after successful completion of the Works Discipline.

The Speedhunters edition is a Retro B vehicle, that is included with the downloadable Speedhunters Pack. It goes from 0 to 60 mph in 5.0 seconds and is capable of reaching 219 mph (352 km/h).

The RX-7 appears in Need for Speed: Edge. 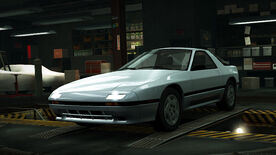 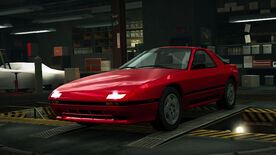 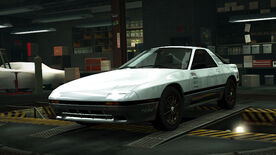 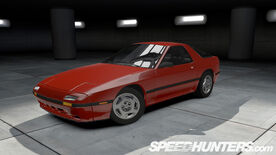 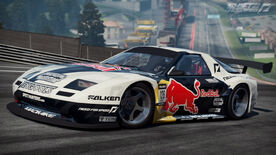 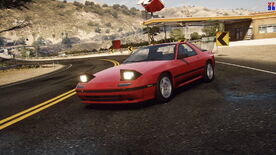 Need for Speed: Edge
Retrieved from "https://nfs.fandom.com/wiki/Mazda_RX-7_(FC)?oldid=140023"
Community content is available under CC-BY-SA unless otherwise noted.