The Series 7 featured minor engine changes and was sold as right-hand-drive version only.

The Series 8 was updated with a new body kit, spoiler, tail lights, and upgraded turbochargers. The Mazda RX-7 RZ was a limited edition version of the Series 8.

The Mazda RX-7 FD was universally praised by critics, because of its rotary engine, which is unusual for cars. The motor of the car is noted for being powerful, thanks to a twin-turbo system.

It is also a popular car in pop culture due to its frequent appearances in racing games and action movies. The RX-7 has been successful in drift motorsport as well.

The Mazda RX-7 appears in The Need for Speed as a yellow Class B vehicle.

The main strengths of the Mazda RX-7 are its top speed and acceleration. It is very competitive in Drag and Drift events. Despite being capable of producing a lot of power, which is especially apparent after installing upgrades on the car, the RX-7 corners well, better than the Nissan Skyline GT-R R34.

The Mazda RX-7 is unlocked upon defeating Blacklist Driver #9 - Earl. It is purchaseable for $31,000.

The RX-7 can reach a slightly higher top speed than most Japanese sports cars in Need for Speed: Most Wanted. However, the car's main strength is changed to handling, making it suitable for race events rather than pursuits, because of its low weight.

The Mazda RX-7 appears in Need for Speed: Carbon as a Tier 2 Tuner with a price tag of $65,000. To unlock it for purchase, the player must defeat Bushido boss Kenji.

It is the most powerful Tier 2 Tuner in Need for Speed: Carbon, offering grip performance that is up to par with the fastest Tier 2 cars. It is also more powerful than the rest of its Tuner rivals such as the Mitsubishi Eclipse GT, making it competitive in every race event. Pursuits should be avoided though.

Kenji drives a modified Mazda RX-7 with a Bushido vinyl theme. His car can be unlocked by the player for career mode use, after they have beaten Kenji and picking the car from a reward card. Similar to Angie's 1969 Dodge Charger R/T, it can be used effectively by the player and might make a purchase for another Tier 2 car redundant.

The game reimports its driving traits as seen in the predecessing game. Therefore, the Mazda RX-7 may be useful for Drift and Grip events mostly. However with high-level performance parts, the Mazda RX-7 is suitable for Speed Challenges events too.

The Mazda RX-7 appears in Need for Speed: Undercover as a Tier 3 vehicle with a price tag of $72,000. It is unlockable upon completing the Job "Nick of Time".

The RX-7 is notable for its quick acceleration and high top speed. It can reach 160 mph (257 km/h) in stock form and 209 mph (337 km/h) when fully upgraded. It handles well in most corners too and is more effective than the Nissan 370Z.

Completing the first 30 events of the Challenge Series will award the player an RX-7 with a pre-applied "Battle Machine" livery.

Power is available at a sufficient level in every gear. It stops and steers well because of its good traction. The RX-7 is capable of keeping up with similarly ranged vehicles in most race events and is one of the best cars for Drift mode.

Template:NFSWlink The Mazda RX-7 was added during the first Beta of Need for Speed: World on October 14, 2009 as a Tier 2 vehicle into the car dealership. Since August 22nd, 2012, the RX-7 has been no longer available for purchase.

Performance-wise, the RX-7 is one of the best Class D cars. Its handling bears a strong resemblance to its rendition from Need for Speed: Carbon, which is due to a light weight and responsive steering. Acceleration is also up to par with heavier and more powerful cars. Top speed is 144 mph (232 km/h).

The RX-7 is a superb choice for every race track in the game. It does not show any disadavantages in low heat level pursuit events. In higher heat levels, where police vehicles are featured with a heavier weight, the RX-7 feels less competitive.

The "Battle Machine" style variation for the Mazda RX-7 could be purchased from October 12th, 2011 until August 22nd, 2012. It included Gromlen race tuned parts and a Battle Machine paint job.

150 and is currently not obtainable in the game. It came with a series of visual parts as standard and was featured minor performance upgrades.

The FD3S RX-7 appears in Need for Speed: No Limits as a Classic Sports car. 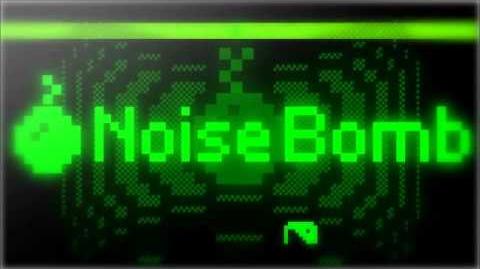