The Type RZ differs from the regular RX-7 by being exclusively available with grey BBS wheels and red interior. In addition, the RZ was upgraded with slightly more powerful turbochargers and a new muffler.

In contrast to the 1995 RX-7, the RZ has a moderately stronger nitrous boost and better acceleration, that is comparable with the BMW M3 Sport Evolution's.

Its steering responsiveness and precision are also significantly improved. Overall, the RZ is a competitive C or B class vehicle with well rounded performance.

The Cherry Blossom style is a holiday themed car that costs

It is fitted with tuned quality performance parts from various manufacturers, 2-star Skill Mods, and a selection of aftermarket parts. It is based on Aki Kimura's Mazda RX-7 FD featured in Need for Speed: ProStreet.

The RX-7 RZ appears in Need for Speed: The Run.

The stock RX-7 is a tier 2 car unlocked upon completing 15 objectives in the Underground playlist, and has a "normal" handling rating.

Equipping the Time Attack Pack kit to the RX-7 will allow a Battle Machine livery to be applied.

The Nicholas signature edition is a tier 5 car included as part of the n/Signature Edition Booster Pack.

The NFS Edition RX-7 is a tier 6 car that is unlocked upon beating 50 Autolog recommendations. 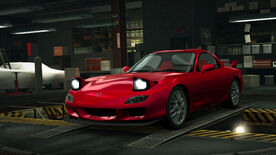 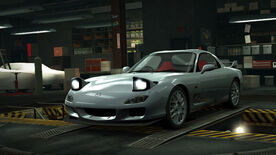 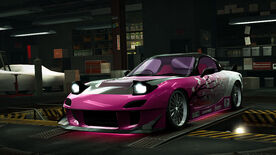 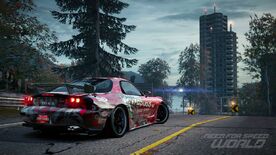 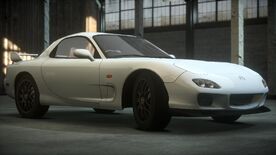 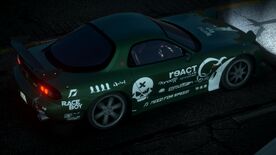 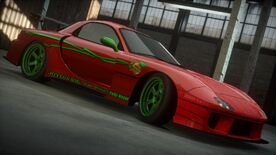 Need for Speed: The Run
(Nicolas) 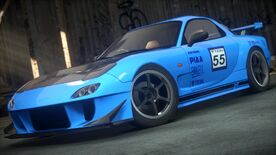 Need for Speed: The Run
(NFS Edition)
Retrieved from "https://nfs.fandom.com/wiki/Mazda_RX-7_RZ_(FD)?oldid=140026"
Community content is available under CC-BY-SA unless otherwise noted.