Need for Speed Wiki
Register
Don't have an account?
Sign In
Advertisement
in: Vehicles, Cars, McLaren,
and 13 more

[1]
The McLaren 650S is a supercar developed and manufactured by McLaren.

It was originally announced in February 2014 and was first shown at the 2014 Geneva Motor Show in March 2014.

The 650S was planned as a model to fill the gap between the McLaren MP4-12C and the McLaren P1. However, McLaren ended the production of the MP4-12C shortly afterwards, and placed the 650S as a mid-range model between the 625C and 675LT.

It is a Super class vehicle with a stock performance rating of 684. The blueprints are available in Underground Chapter 16: Above the Law.

The stock 650S is a super class car that requires 35 legendary blueprints to unlock. The blueprints required to unlock the vehicle can be found from various sources:

The 650S appears as a police vehicle in various events. 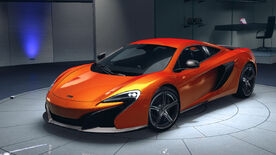 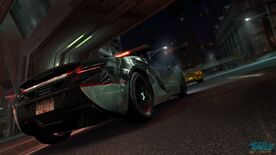 Need for Speed: No Limits
(Police)