Need for Speed Wiki
Register
Don't have an account?
Sign In
Advertisement
in: Vehicles, 1990s, McLaren,
and 31 more

6-speed Manual
1,140 kg (2,513 lbs)
The 1994 McLaren F1 is a supercar designed and manufactured by McLaren Automotive. It was originally a concept conceived by Gordon Murray with backing from Ron Dennis and design work by Peter Stevens for the car's exterior.

Its construction employed some of the most cutting edge materials and technologies in the industry at its time. Production began in 1992 and ended in 1998 with a total of 106 units with some variations in the design. The car was notable for the driver's seat being placed in the centre with two passenger seats on each side, making it a three-seater.

For improved grip at high speeds, it employs a system which includes airflow management, electric fans, and a brake-activated rear foil. Built on a strong and ultralight carbon composite chassis, the F1 is powered by a 627 bhp BMW V12 engine.

The F1 appears in Need for Speed II. Available from the beginning, it is the strongest car in the game, possessing unmatched top speed, as well as excellent acceleration, braking and handling.

In the Special Edition re-release it is grouped in Class A alongside the Ferrari F50, Ford GT90 and Lotus GT1. The F1 remains as one of the most competitive vehicles for Tournament and Knockout race series, as the Special Edition's inclusion of the faster FZR 2000 is limited to Single Race mode.

Players will unlock the McLaren F1 upon earning 80,000 NFS points in the PC, Xbox, and Gamecube releases. It is unlocked in the PlayStation 2 release upon completing event #30; The Ultimate Road Race.

The F1 appears in Need for Speed: The Run as a Supercar class car.

The stock F1 is unlocked from the beginning of the game.

The F1 '93 appears in Need for Speed: Heat as part of the Black Market.

It was announced to be part of the March Update on March 2, 2020[1], and was made available for purchase on March 3, 2020 with the McLaren F1 Black Market Delivery pack.

Upon completing its pickup location, it is made available for purchase from the car dealer for

The F1 appears in Need for Speed: Hot Pursuit Remastered as a car tier 5 vehicle available to cops and racers.

It is easy to control and responsive handling, as well as by far the strongest nitrous boost in its tier. It also has a high top speed but has slow acceleration, especially in its final gear.

The F1 is a Hyper Series racer unlocked upon earning 620,000 racer bounty. 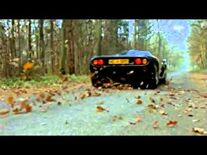 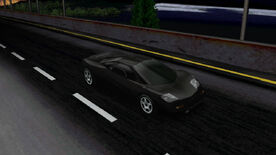 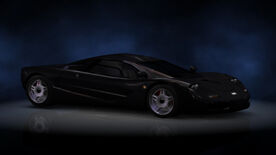 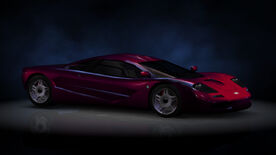 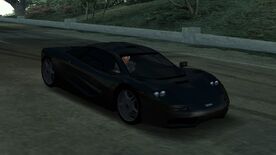 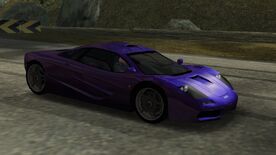 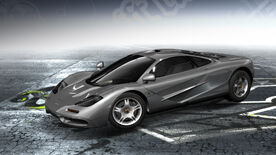 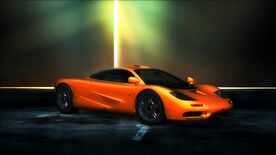 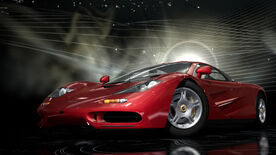 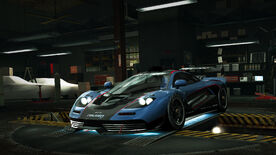 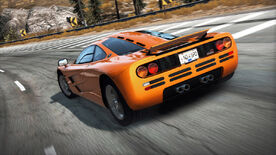 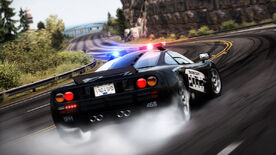 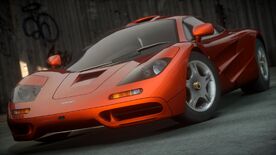 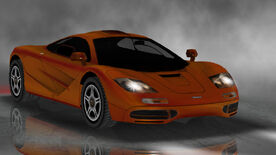 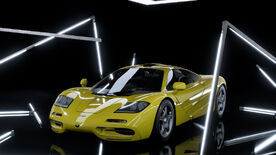