The McLaren F1 GTR was created following motorsport teams convincing McLaren to build a racing version of the McLaren F1, after its initial launch as a road car, to compete in the BPR Global GT Series.

Three different variants of the race car were developed from 1995 to 1997.

The F1 GTR appears in Need for Speed: High Stakes as a class AAA car.

It is slower than the CLK-GTR, Ferrari F50, and the Diablo SV. But it more than makes up for it with the best handling and best acceleration in its class. 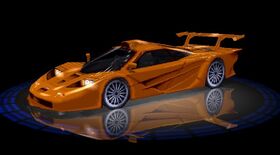 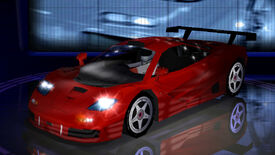 Retrieved from "https://nfs.fandom.com/wiki/McLaren_F1_GTR?oldid=141948"
Community content is available under CC-BY-SA unless otherwise noted.