1615 kg (3560 lbs)
The Mercedes-AMG GT is a sports car manufactured by the AMG division of Mercedes-Benz and is the first car from AMG to be launched under the new Mercedes-AMG sub-brand.

Its interior was shown in March 2014 and its full debut followed in September 2014. The AMG GT is the successor to the SLS AMG and is powered by a M178 4.0L Twin-Turbo V8.

The GT appears in Need for Speed: No Limits as a Sports class car. Its starting rank is 581 PR and 25 blueprints are needed to unlock the car.

The blueprints are available in Underground Chapter 12: Dead Ahead. It is also possible to obtain five random blueprints in the Black Market that are sold for 250

There is a Lunar New Year variant (starting rank of 605 PR), which is only available through the store for a limited time at $29.99 USD (or regional equivalent). The package includes the vehicle, 25 blueprints, 3 rare parts and 600

The GT can be purchased for

The GT appears in Need for Speed: Payback following its appearance in a customisation trailer released on June 26, 2017. 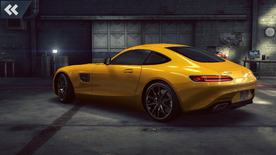 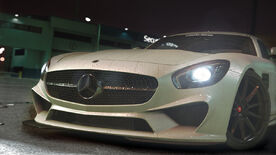 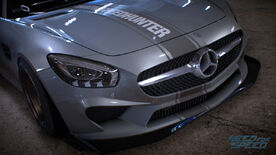 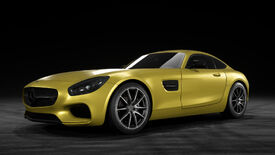 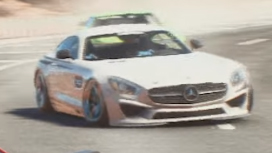 Retrieved from "https://nfs.fandom.com/wiki/Mercedes-AMG_GT_(C190)?oldid=117888"
Community content is available under CC-BY-SA unless otherwise noted.