Need for Speed Wiki
Register
Don't have an account?
Sign In
Advertisement
in: Vehicles, 1990s, Mercedes-Benz,
and 13 more

The Evolution II was the most powerful car in the W201 190 line-up. It competed in DTM (Deutsche Tourenwagen Meisterschaft) in the early 1990s with the help of AMG, in which it enjoyed success including a championship victory in the 1992 season.

It had a limited production run of 502 road-going exemplars in 1990, with each one being painted in black pearl.

A Speedhunters edition 190E Evolution II is included with the downloadable Speedhunters Pack, which is powered by a V8 and has a Speedhunters livery. It goes from 0 to 60 mph in 4.26 seconds and can reach a top speed of 168 mph (270 km/h). It comes with a performance rating of 1395 as a Retro B Road Vehicle

The 190E Evolution II 1991 appears in Need for Speed: Edge with an A class performance rating. 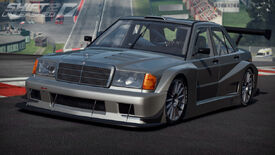 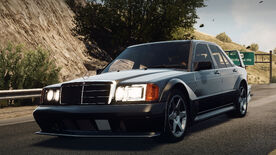 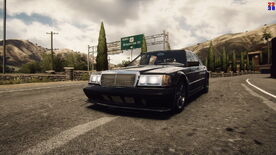