The CLK 500 appears in Need for Speed: Most Wanted with a $75,000 price tag and is unlocked upon beating Blacklist racer #8 - Jewels.

Due to its heavy weight, it suffers from understeer through corners but is suitable for ramming police vehicles in pursuits. Other advantages of the car are a high top speed and quick acceleration.

Kira "Kaze" Nakazato (Blacklist racer #7) drives a modified CLK 500 with a unique livery of a snake wrapped around a cherry blossom tree branch. Her car can be obtained from a pink slip marker after defeating her.

It has worse handling than other exotics, but makes up for it with a high top speed and better acceleration. Despite being a tier 1 car, it is capable of going over 200 mph (322 km/h) when fully upgraded and is also effective in pursuits due to its weight.

The CLK 500 appears in the PlayStation 2 and Wii releases of Need for Speed: Undercover with a price tag of $42,000. It can be unlocked through career mode progression.

Goons working for Chau Wu will drive a white CLK 500.

Need for Speed: Most Wanted
(Kaze's) 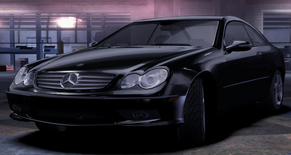 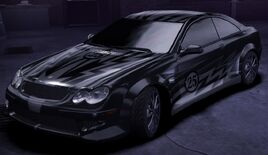 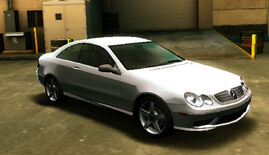 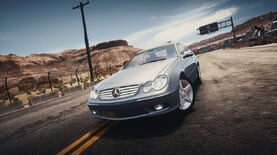 Retrieved from "https://nfs.fandom.com/wiki/Mercedes-Benz_CLK_500?oldid=144132"
Community content is available under CC-BY-SA unless otherwise noted.