The Mercedes-Benz CLS 63 AMG is the most powerful trim in the W219 CLS series from Mercedes-Benz which was in production from 2004 to 2010.

The CLS 63 AMG appears in Need for Speed: Undercover as a tier 2 car that is unlocked upon completing a job given at Wheelman Level 9.

It features performance that is mediocre for its class with slightly lower top speed than the SL 65. The high weight of the CLS makes it useful in pursuits.

It also appears in the Job - Hot Item, where the player has to steal a modified CLS 63 AMG while being chased by the police.

Chau Wu drives a grey Mercedes-Benz CLS 63 AMG that is included in the Boss Car Bundle. 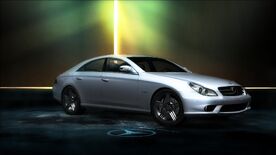 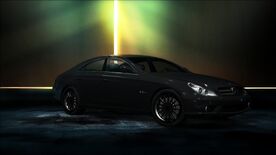