Need for Speed Wiki
Register
Don't have an account?
Sign In
Advertisement
in: Vehicles, Cars, Mercedes-Benz,
and 11 more
English

[1]
The Mercedes-Benz CL 55 AMG (W215) was a high-performance grand tourer from Mercedes-Benz and was one of the most advanced cars from the company at the time.

The CL 55 AMG was the world's first production car to be equipped with an ultra high-performance ceramic braking system, which was exclusive to the F1 Edition model.

Customers had the choice of equipping any CL model with exclusive 'designo' packages. These included luxury goodies such as a custom metallic paint, exotic wood or granite trim, and custom colour Nappa leather interior.

It received a supercharged version of the 5.4L V8 engine in 2003 that produced 493 bhp, and was in production until 2006 when the W215 generation lineup was succeeded by the W216 generation.

The CL 55 AMG appears in Need for Speed: Hot Pursuit 2 as a tier 4 car in the PC, GameCube, and Xbox releases; and as a class E car in the PlayStation 2 release.

It is unlocked upon earning 5,000 NFS Points.

It is capable of reaching a high top speed, and is one of the most durable cars for pursuits due to its high kerb weight. However, it is also prone to understeer through corners.

The NFS Edition is unlocked upon collecting 10,000 NFS Points, by completing Championship Event #2, or by leading all 4 laps in an advanced Single Race with full grid. 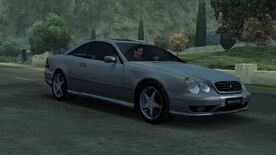 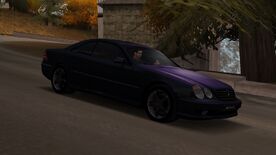 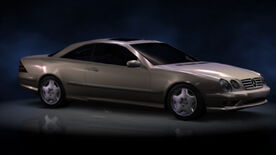 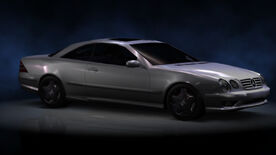