Need for Speed Wiki
Register
Don't have an account?
Sign In
Advertisement
in: Vehicles, 2010s, Mercedes-Benz,
and 13 more

While production of the W463 G-Class began in 1990, it was not made available for purchase in the United States of American until 2002. The G 500 is fitted with anti-lock brakes, a full four-wheel drive system with electronic differentials, and a luxurious wood with leather interior.

In 2012, multiple trims were added to the G-Class model range, including the G 63 AMG, alterations such as exterior LED lights, redesigned door mirrors, a modernisation of the interior, and an improved telematics system for the G 500.

The G Class 2012 appears in Need for Speed: Edge with an A class performance rating. 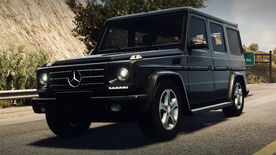 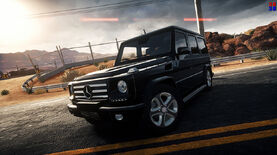