Need for Speed Wiki
Register
Don't have an account?
Sign In
Advertisement
in: Vehicles, 2000s, Mercedes-Benz,
and 25 more
English

The 722 name refers to the victory by Stirling Moss and his co-driver Denis Jenkinson in a Mercedes-Benz 300 SLR with the starting number 722 (indicating a start time of 7:22 a.m.) at the Mille Miglia in 1955.

The 722 first appears in Need for Speed: Undercover as a tier 2 Exotic class vehicle, with a price tag of $225,000. It is unlocked alongside all other tier 2 vehicles after the player completes a Job event requiring a 9.0 Wheelman Level.

It has a high top speed of 224 mph (360 kmh) at the expense of an average acceleration and handling rating.

The 722 has the second lowest stock car rating of all the tier 4 vehicles. It is only 1.20 points ahead of the Lexus LF-A Concept. Due to its heavy mass, its weight is not transferred to its outside wheels in corners as well as seen by the Lamborghini Reventón and better handling cars. However, the SLR is still capable of competing against its class competitors on straight roads.

The weakest driving trait of the SLR is its handling, which is not as responsive nor as precise as most SpeedBoost exclusive cars. Another weakness of the car is its mediocre nitrous boost. The biggest advantage of the SLR is that it has powerful acceleration, a high top speed and it is fairly heavy.

Since August 22, 2012, the steering of the SLR has been significantly improved, which is comparable with that of the Chevrolet Corvette Z06.

It has become more competitive in race events although the SLR's driving traits are best utilised in race tracks with low-speed corners that are far from each other such as Main Street. The weight and power of the vehicle are useful in pursuit events, too.

Before August 22, 2012, it could be purchased if the player was at Driver Level 42 or above and cost

The "Gleam" style is a art director car that costs

The "Autobahn Stormer" style is a Cop Edition car that costs

The SLR 722 appears in Need for Speed: Hot Pursuit (2010) as an Exotic Series racer vehicle, and as an SCPD Speed Enforcement unit.

The racer vehicle is unlocked as part of the SCPD Rebels pack for the PlayStation 3, Xbox 360, and EA Crew releases. The SCPD unit is unlocked upon the player earning a total of 672,500 cop bounty.

The SLR's quick acceleration and high top speed make it one of the fastest Exotic cars in title although it also tends to oversteer in corners, which can be useful for performing drifts.

The SLR 722 Edition appears in Need for Speed: Rivals as an RCPD unit included with the Movie Pack.

The patrol specification of the SLR 722 Edition is included with either the Movie Cops Pack or Complete Movie Pack, and is unlocked upon completing the rank 0 tutorial assignment - "Training".

The undercover specification of the SLR 722 Edition is included with either the Movie Cops Pack or Complete Movie Pack, and is unlocked upon completing the rank 0 tutorial assignment - "Training".

The enforcer specification of the SLR 722 Edition is included with either the Movie Cops Pack or Complete Movie Pack, and is unlocked upon completing the rank 0 tutorial assignment - "Training".

The starting performance rating is 515.

The SLR McLaren 722 is a sports class car that requires 35 epic blueprints to unlock. The blueprints required to unlock the vehicle can be found from various sources:

The SLR McLaren 722 2006 appears in Need for Speed: Edge with an S class performance rating. 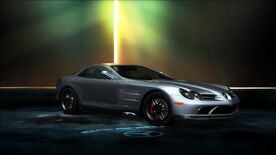 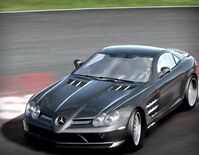 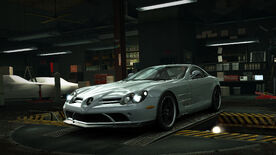 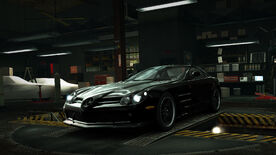 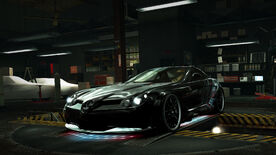 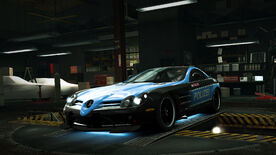 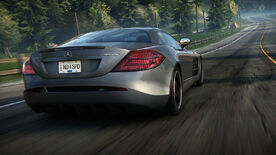 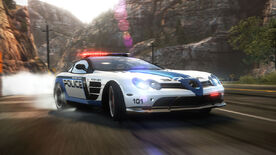 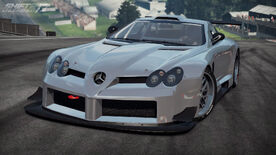 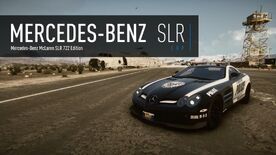 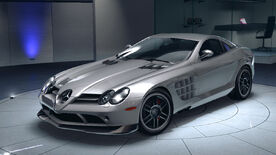 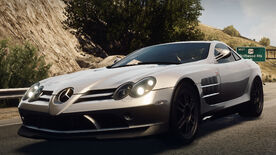