Need for Speed Wiki
Register
Don't have an account?
Sign In
Advertisement
in: Vehicles, 1960s, Mercury,
and 16 more

4-speed Manual
Unknown
The 1968 Mercury Cougar XR-7 GT is a first generation pony car manufactured by Mercury in 1968 following revisions from its first year on the market in 1967, but before the trim was dropped for the final two years of production in 1969 and 1970.

Based on the mid-generation refresh Ford Mustang Fastback, the Cougar had a 2 inch longer wheelbase as well as hidden grille headlights. Its design was based on the Jaguar E-Type to help create a European appeal to the North American consumer.

The XR-7 is a luxurious trim level that included leather bucket seats, woodgrain dashboard inserts, a roof-mounted console, and a vinyl roof cover.

Both the regular and XR-7 trim levels included an optional GT-E package which included further components, but the biggest improvement was either a 427 V8, that was fitted to 357 units, or a 428 Cobra Jet V8, which was fitted to 37 units.

The Cougar appears in Need for Speed: Payback following its appearance in the game's Gamescom trailer. A customised Cougar is shown with a custom bullet-hole grille, wider fenders, fender-mounted side mirrors, and LED rear lights.

It is unlocked for purchase from the drag, drift, off-road, and race class dealerships upon completing chapter 1 - Ignition.

The Cougar '67 appears in Need for Speed: Heat following an article published[1][2] on August 19, 2019, revealing it to be part of the game's official car list, and appears in the NFS: Heat Studio app as part of container 5, which was released on September 17, 2019. 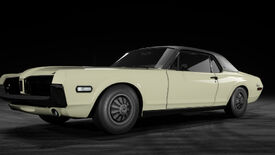 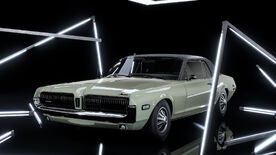 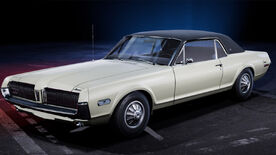