Need for Speed Wiki
Register
Don't have an account?
Sign In
Advertisement
in: Vehicles, 1990s, Mitsubishi,
and 15 more

Built as a partnership between Mitsubishi and Chrysler as Diamond-Star Motors, the second generation of the Eclipse began production in 1994 and was manufactured in Normal, Illinois until 1999, at which point it was replaced by the third generation Eclipse and then the subsequent fourth generation Eclipse in 2005.

Alongside its production run as the Mitsubishi badged Eclipse, it was also sold as the Eagle Talon until 1998.

For the 1999 model year, the same components were used following the facelift of the 1997 model year until production ended in 1999, although it was offered with an all black interior and white dashboard gauges.

The Eclipse appears in Need for Speed: Carbon as a tier 2 tuner class car.

The custom green Eclipse is unlocked for use in Quick Race upon the player completing the "Mitsubishi Eclipse 1999" Reward Card:

The custom red Eclipse is unlocked for use in Quick Race upon the player completing the "Mitsubishi Eclipse 1999" Reward Card:

The 1999 Mitsubishi Eclipse appears in Need for Speed: ProStreet as a tier 1 vehicle with a price of $18,000 and is already unlocked at the beginning of the game.

The 1999 Eclipse is one of the few starter cars with AWD players can choose from for the career mode. The Eclipse appears with traits that are typical for AWD cars including outstanding grip performance and quick acceleration.

The 1999 Eclipse is mainly suitable for Grip setups, as its top speed might be lacking in Speed Challenge events during later portions of the career mode.

It is one of the fastest class C cars in the game. The Eclipse possessed good straight-line performance and an above average nitrous speed boost. Despite this, it is still capable of high-speed cornering. Top speed is 156 mph (251 km/h).

It is an effective vehicle in every game mode and can be turned into an effective class B car. It can be upgraded up to class A with ultra parts.

It is capable of hitting very high speeds and reaching those speeds very quickly due to its impressive acceleration. The handling of the GS-T is direct and could easily keep the car at a high speed through long corners. A draw back of the GS-T is that it suffered in slalom sections because of its front-biased steering. Top speed is 168mph (270km/h).

The body modifications were reminiscent of Underground Street Racing culture. A low body kit is fitted with the inclusion of a chin spoiler and brake cooling ducts though the front bumper. The Mitsubishi logo was removed from the bonnet of the GS-T and was instead fitted to an exposed radiator.

The headlights were replaced with carbon-fibre replicas and the bonnet had been replaced with a custom made fabrication with a transparent middle for a purposely exposed engine bay. The body kit is equipped with air vents along the sides, a large rear diffuser and a large rear spoiler.

The "Elite" style is a uniquely altered elite variation of the regular Eclipse GS-T. It costed 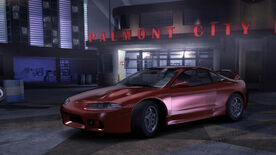 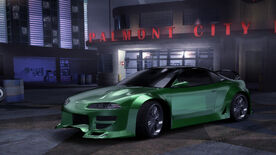 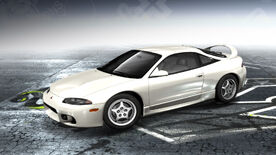 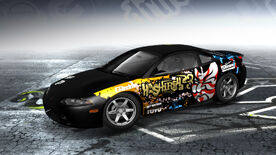 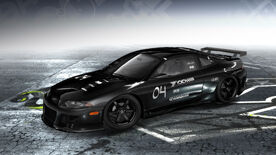 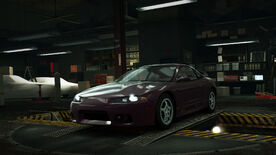 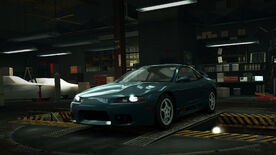 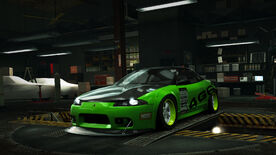 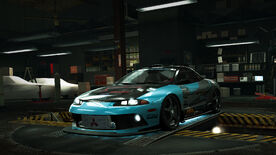