Need for Speed Wiki
Register
Don't have an account?
Sign In
Advertisement
in: Vehicles, 1990s, Mitsubishi,
and 12 more

Built as a partnership between Mitsubishi and Chrysler as Diamond-Star Motors, the second generation of the Eclipse began production in 1994 and was manufactured in Normal, Illinois until 1999, at which point it was replaced by the third generation Eclipse and then the subsequent fourth generation Eclipse in 2005.

Alongside its production run as the Mitsubishi badged Eclipse, it was also sold as the Eagle Talon until 1998.

Between the front-wheel drive GS-T and the all-wheel drive GSX, the GSX is slightly heavier and has a lower top speed, but offers greater stability and grip.

For the 1999 model year, the same components were used following the facelift of the 1997 model year until production ended in 1999, although it was offered with an all black interior and white dashboard gauges.

The 1999 Eclipse appears in Need for Speed: Underground, and is unlocked upon completing Underground Mode event 58 - "And then there was one".

Considering its performance statistics, the Eclipse GSX is a well rounded car with quick acceleration due to being AWD.

The game also features a special model with a "Petey Pablo" theme which can be unlocked upon collecting 698,000 style points for Quick Race.

Todd, a member of Eddie's crew will swap his Mitsubishi Lancer ES for a 1999 Eclipse during later stages of Underground Mode. His car cannot be unlocked by the player.

The 1999 Eclipse appears in Need for Speed: Underground 2, and is unlocked during stage 3 of the career mode upon completing URL race event 8.

It performs similarly to its counterpart in the first Underground. Compared to other cars unlocked during stage 3, the Eclipse shows rather mild performance statistics but becomes very useful with high level performance parts.

The Eclipse GSX appears in Need for Speed: Underground Rivals. 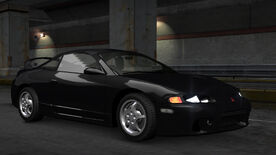 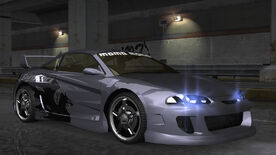 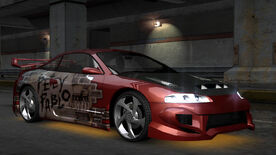 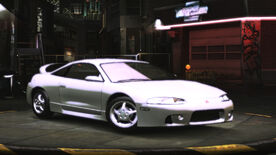 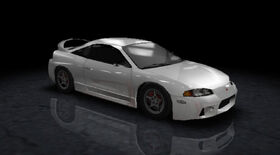