watch 04:21
Wiki Targeted (Games)
Do you like this video?
Play Sound

The 4G Eclipse GT is powered by a 260 hp 3.8L 6G75 V6 engine which was previously equipped in the third generation Mitsubishi Pajero. A convertible variant known as the Eclipse GT Spyder was also produced.

The styling of the 4G Eclipse is heavily influenced by the 2004 Mitsubishi Eclipse Concept E. Production of the 4G Eclipse GT started in 2006. There have been three facelifts in 2009, 2011, and 2012. The facelift of 2009 was the only one to have engine revisions.

The Mitsubishi Eclipse GT is unlocked in Need for Speed: Most Wanted after defeating Blacklist driver #14 - Taz. Players can purchase it for 30,000.

The Eclipse GT is one of the better cars for the early stage of the career mode in Need for Speed: Most Wanted. It has a higher top speed than most cars within its unlock range. However, it also appears to lack acceleration speed compared to the Toyota Supra and the Mazda RX-8.

A customised Mitsubishi Eclipse GT is also driven by Blacklist driver #11 - Big Lou. It has a black body colour and a large tiger vinyl on the sides that is obtainable with a pink slip card.

The Eclipse GT appears in Need for Speed: Carbon as a tier 2 tuner class car.

It has great control, and is useful along bendy routes, but its poor acceleration means it will struggle with long straights.

The stock Eclipse GT is unlocked for purchase in the Career mode depending on the player's chosen career path:

Once unlocked, it can be purchased from any Car Lot for 35,000 cash.

Yumi drives an Eclipse GT as part of the crew in the Career mode, if the player drives a tier 2 car.

Need for Speed: Carbon: Own the City

The Mitsubishi Eclipse GT appears in the Nintendo DS release of Need for Speed: ProStreet.

The Mitsubishi Eclipse GT appears in the PlayStation 2 and Nintendo Wii releases of Need for Speed: Undercover with a price tag of $20,000.

The Mitsubishi Eclipse GT was made available in Need for Speed: World during the Taiwan restricted test session on October 14, 2009 as a tier 1 car. Since August 22, 2012, it has been featured as a E class vehicle.

The Eclipse GT is best described as one of the slowest cars in the game. Its main weakness is its handling. The car is prone to understeer and turns slower than a Mazda Mazdaspeed3. Its acceleration and top speed (124 mph/200 km/h) are not impressive either.

It was initially released on March 5, 2010 as a starter car. 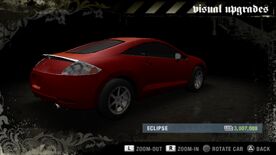 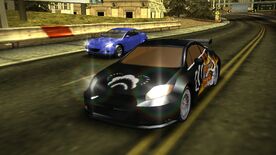 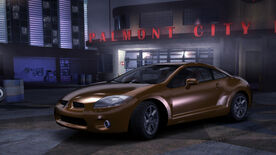 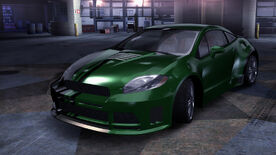 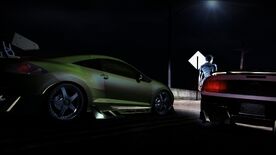 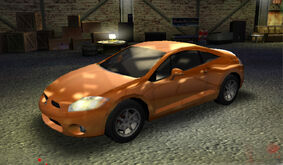 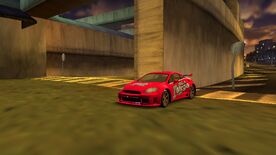 Need for Speed Carbon: Own the City
(Buddy's) 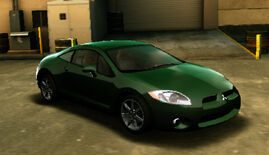 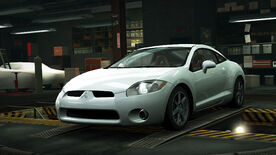 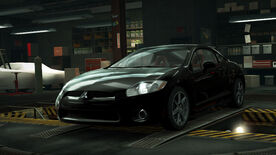 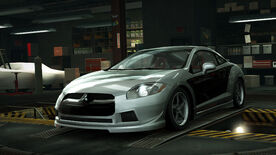 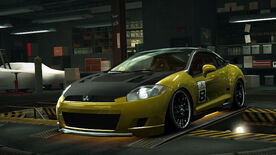 Retrieved from "https://nfs.fandom.com/wiki/Mitsubishi_Eclipse_GT?oldid=150223"
Community content is available under CC-BY-SA unless otherwise noted.