Need for Speed Wiki
Register
Don't have an account?
Sign In
Advertisement
in: Vehicles, Cars, Mitsubishi,
and 22 more

The main alteration of the IX is a reworked turbocharger producing an additional 25 horsepower with MIVEC (Mitsubishi Innovative Valve timing Electronic Control system) - Mitsubishi's variable valve timing - as well as a slightly reworked body. It was also sold as an wagon for the Japanese market during 2006.

The Lancer Evolution IX appears in Need for Speed: Carbon as a tier 3 tuner class car.

It is one of the fastest launching cars and accelerates faster than any other tuner, and also has very responsive steering, but a low top speed is its only disadvantage.

The stock Lancer Evolution IX is unlocked for purchase in the Career mode upon the player winning the "Journeyman's Bane" event in Infinity Park, Silverton.

The Lancer Evolution IX appears in Need for Speed Carbon: Own the City as a starter vehicle for the career mode.

With a price tag of $22,000, it is the most expensive vehicle the player can choose. The Evo IX shares the same performance statistics as the Nissan 240SX (S13); a handling rating of 3, and a top speed and acceleration rating of 1. The car is driven by both Striker & Sly.

The Evolution IX MR-edition appears in Need for Speed: ProStreet as a tier 3 vehicle with a $27,000 price tag. The car will be unlocked once the player has completed the Showdown: Chicago race day by Battle Machine.

It is strongly recommended for Grip events due to its all-wheel drive system, which provides great handling in corners and low acceleration times. However, the car has a lower top speed than several other vehicles in the game such as the Subaru Impreza WRX STI.

The Evolution IX MR-edition appears in Need for Speed: Undercover as a tier 3 car. It is unlocked upon completing the Job event Nick of Time. It appears in the PlayStation 2 and Nintendo Wii releases with a price tag of $51,000.

With a top speed of 208 mph (335km/h), the Mitsubishi Lancer Evolution has the highest top speed among its tier, even if upgraded. Its handling remains unchanged in the title, although the car shows great deficits in terms of acceleration.

The Evolution IX MR-edition appears in Need for Speed: Nitro as a class B car and police vehicle. It is rated 2 in both speed and acceleration; and 3 in handling, drifting and strength. It performs like it has in previous titles. It can sometimes be out-competed by other class B cars.

An Evolution IX MR-edition with a unique livery can be unlocked as a Collectable Car for use in both Arcade Mode and Career Mode, once the player finishes the Silver Cup Grand Prix in 1st place.

The Evolution IX MR-edition was made available in Need for Speed: World on June 28, 2010 during the seventh closed beta as a Tier 2 car. Since August 22, 2012, it has been featured as a D class car.

The Lancer Evolution is one of the slowest D class cars, since it is capable of reaching a top speed of only 145 mph (234 km/h). It is significantly slower than the Nissan 350Z due to a sub-par nitrous boost and unimpressive acceleration. The Mitsubishi Lancer Evolution VIII performs slightly better than its successor.

Players cannot keep up with more powerful rivals in multiplayer races, but it can be decent car in low heat level pursuit events though. The Lancer Evolution IX might require Pro and Ultra series upgrades to become competitive.

Before August 22, 2012, it could only be purchased if the player was at Driver Level 10 or above and cost 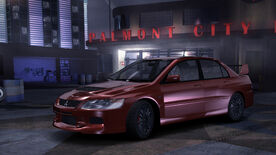 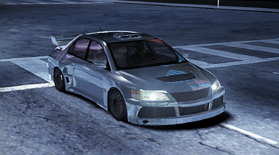 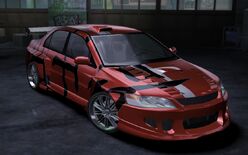 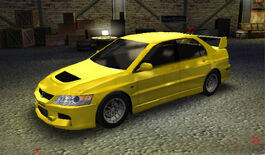 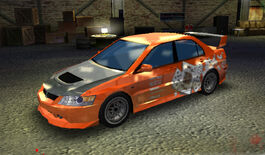 Need for Speed Carbon: Own the City
(Carter's) 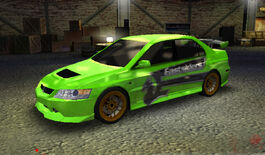 Need for Speed Carbon: Own the City
(Sly's) 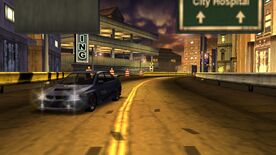 Need for Speed Carbon: Own the City
(Striker's) 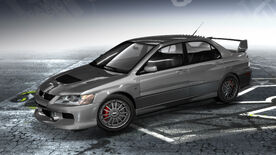 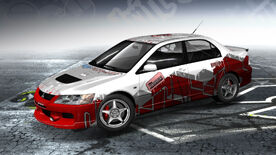 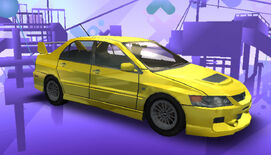 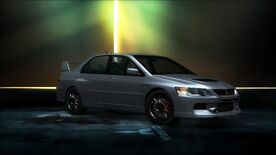 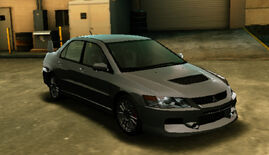 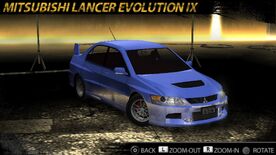 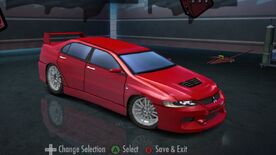 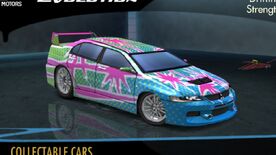 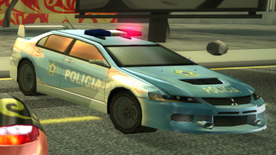 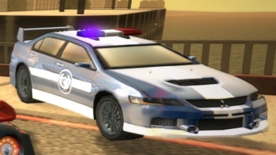 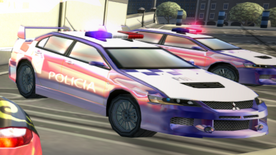 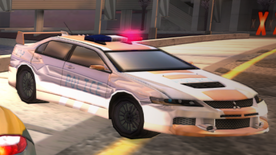 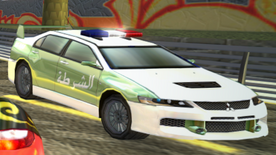 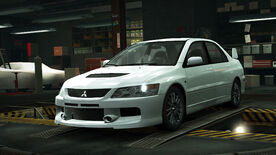 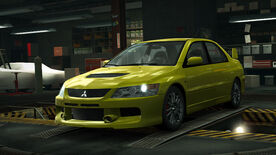 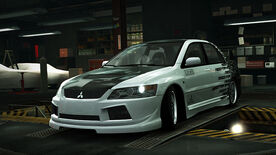 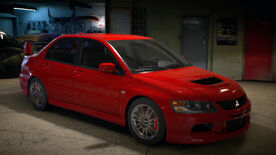 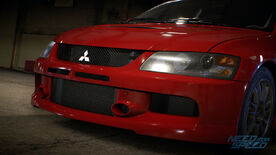 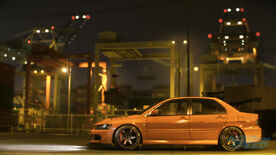 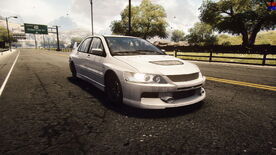