Need for Speed Wiki
Register
Don't have an account?
Sign In
Advertisement
in: Vehicles, 2000s, Mitsubishi,
and 16 more

As the final factory offered trim for the Evolution IX, it is fitted with a new titanium turbocharger, a carbon fibre front splitter, a high-pressure fuel pump, and a high flow catalytic converter, pulling out an additional 80 horsepower and 66 lb⋅ft of torque over the 2006 Evolution IX.

The Lancer Evolution IX MR-edition appears in Need for Speed: Payback following its reveal in a Build of the Week article published on the official Need for Speed website on August 18, 2017.

It is unlocked for purchase from the off-road, race, and runner class dealerships upon completing a questline in chapter 4 - Open Skies.

The Lancer Evolution IX '07 appears in Need for Speed: Heat following an article published[1][2] on August 19, 2019, revealing it to be part of the game's official car list, and appears in the NFS: Heat Studio app as part of container 6, which was released on September 24, 2019. 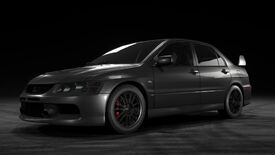 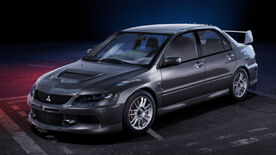 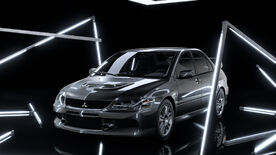