Need for Speed Wiki
Register
Don't have an account?
Sign In
Advertisement
in: Games, Need for Speed Series, PC (Game),
and 2 more

Need for Speed: Edge was a free-to-play MMO racing game developed by EA Spearhead (formerly EA Korea), and published by Nexon from South Korea and Tencent Interactive Entertainment (known as Need for Speed: Online) from China.

The game was developed in Korea, and used the Frostbite 3 engine, and was first teased through a press release published in Korean by Nexon[1] on July 1, 2015.

Players are given a reward at the end of each event with a pack of four cards of which only one card can be selected, while another card (Blue) is always given.

Multiplayer events are initiated through a lobby system that allows players to see the current race route, the driver level of other players, and a list of cars they can select for the event.

Players can earn nitrous through performing driving maneuvers such as drifting, driving in the oncoming lane, and drafting opponents. Nitrous can be used periodically to give a boost to a vehicle's acceleration and top speed.

Whilst drifting, players can perform a drift boost that will give their vehicle a Short Turbo Boost when exiting a corner. It requires the player to perfectly time a prompt whilst drifting to earn a short drift boost.

Turbo Boost is a power-up that increases the acceleration of a vehicle, but once activated it can not be deactivated until it runs out. A turbo boost can be earned by performing driving maneuvers such as drifting,drafting opponents, earning air time, and jump distance.

In Item-Mode events, players can acquire power-ups while racing along their event route. A wide variety of power-ups can be collected; spike strips, shields, turbo. A player can only have two items at the same time.

Players can upgrade their the performance rating of their cars by by installing parts. There are five types of parts; engine, transmission, nitrous, strength, and durability. Using parts upgrade materials, parts which are already installed to the car can be upgraded. Removing parts from the car requires a parts dismount card.

Players can visit a wrap shop to customise the appearance of their cars. They can change the body paint and rim colours, or apply a wrap to a car. There are two kinds of wraps; common wraps and exclusive wraps.

There are two types of licence plates;

If a player owns two or more of the same car, they can combine both to improve ta single car's strength rating, but this also requires spending currency and may fail, resulting in losing one of the two cars. The minimum is +1 and maximum level is +10.

Blueprints can be gathered up to a certain target to produce a car.

Over 200 cars are targeted to be part of Need for Speed: Edge[3], with all of them split into various car classes ranging from highest (SS) to lowest (C). The car class rating system ranges from SS, S, A, B, and C.

As well as a class rating, each car is rated in five different performance factors that equate to an overall performance rating within a car class.

The soundtrack features artists such as The Qemists, Fall Out Boy, The Dead Weather, and Major Lazer. 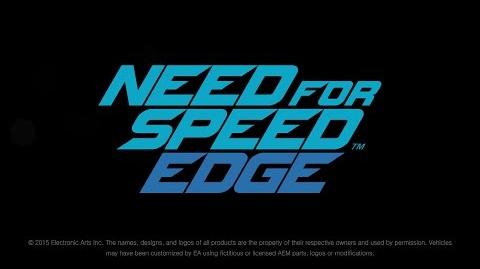 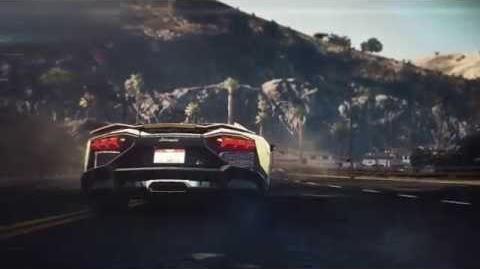 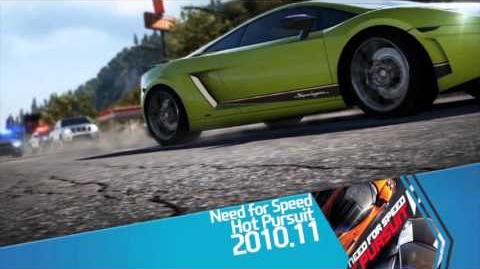 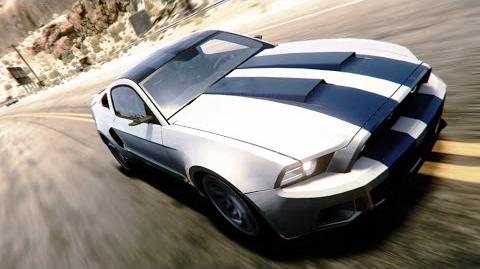 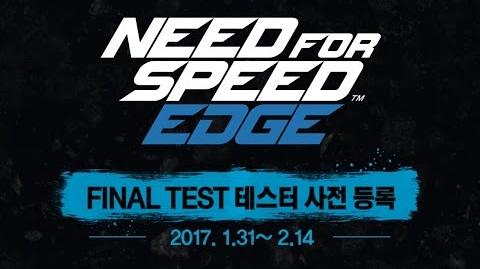 The trailer closes highlighting the date November 12, 2015, the date when the registration for the closed beta test began.

Electronics Arts' quarterly earnings call for the third quarter of fiscal 2017 was held on January 31, 2017. During the call, a rundown of Electronic Arts' previous quarter was discussed, and one of the games mentioned was Need for Speed: Edge.