Need for Speed Wiki
Register
Don't have an account?
Sign In
Advertisement
in: Development (Heat), Need for Speed: Heat, Soundtracks

< Need for Speed: Heat
View source
watch 02:46
The Quarry - The Loop
Do you like this video?
Play Sound 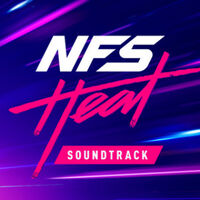 The Soundtrack for Need for Speed: Heat features a selection of licenced songs that each play in different modes or at specific points in the game, as well as an original score composed by Pedro Bromfman.

All 58 songs of the official soundtrack were revealed in an article posted to the official Need for Speed website on October 31, 2019.[1]

The article included a list of all 58 licenced songs, as well as mentioning an original score and its composer, and explains how the songs were selected to team a Latin flavour to Palm City's Miami setting.

Alongside the published article, a playlist of licenced songs was made available on Spotify by the official Need for Speed account.

An original score of 20 songs composed by Pedro Bromfman appears during certain moments of the game including cutscenes, pursuits, and missions.

The was made available through Spotify on November 8, 2019.

Various songs were used as part of promotional media for Need for Speed: Heat, but aren't included with the in-game soundtrack.