Need for Speed Wiki
Register
Don't have an account?
Sign In
Advertisement
in: Need for Speed: Payback, Event Types (Payback)

< Need for Speed: Payback
View source
watch 02:52
Roblox: DeepWoken - The Loop
Do you like this video?
Play Sound 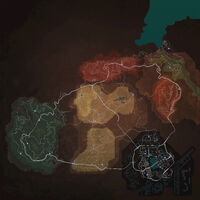 A Bait Crate is an item in Need for Speed: Payback that can be found hidden at any of twenty-two possible locations across Fortune Valley. Their contents can be collected once found, but doing so will trigger a response by the Fortune Valley Police Department.

A player close to a bait crate will be prompted with an icon on their mini-map as to its location. Nearing a discovered bait crate will show a prompt that will allow the player to collect the crate's loot, but doing so will alert the FVPD to the player's presence and start a pursuit.

The player has to reach a marked escape point without being busted to keep the loot they collected from a bait crate. Reaching the escape point will reward the player with bank, reputation, and the option to choose one of three Speed Cards.

If the player is busted during a bait crate pursuit, any loot collected from a bait crate will be seized by the FVPD.

Either successfully reaching an escape point or being busted will count as the player's only attempt at that specific bait crate for their current session. Players can attempt as many bait crates as they can find, but will have to log out and log back into Need for Speed: Payback to attempt further bait crate pursuits.