Chassis
The Fairlady Chassis is a derelict car part in Need for Speed: Payback.

The player will be notified by Udo Roth of its location upon completing the Mac: League 73 questline, in chapter 2 - Desert Winds, and will be highlighted with a clue as to its whereabouts.

Figuring out the location from the clue, and collecting the chassis, will allow the player to collect the other four parts required for building the 1971 Nissan Fairlady 240ZG. The individual locations of the parts will be given to the player in the form of four clues;

Collecting all five parts will allow the player to built the 1971 Fairlady 240ZG at Rav's garage on Airfield 73.

The Fairlady chassis can be found behind a portable cabin near the wind farm in Liberty Desert.

The player is required to complete the Mac: League 73 questline in chapter 2 - Desert Winds, before they can collect the chassis.

Collecting the chassis will deliver it to Rav's garage on Airfield 73, and will give the player four clues that point towards four other parts required to build the 1971 Fairlady 240ZG. 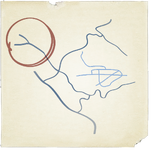