Need for Speed Wiki
Register
Don't have an account?
Sign In
Advertisement
in: Games, Need for Speed Series, PC,
and 7 more
English

This is also the first Need for Speed title in Japan to not use the name Over Drivin', which had been used since the initial release of The Need for Speed.

It was the last main title in the series to feature damage affecting performance until its reintroduction in Need for Speed: ProStreet.

Players can race in four game modes namely Evolution, Factory Driver, casual single player and multiplayer parties. A replay of the previously entered event by the player can be saved after completion.

In Evolution mode, players purchase Porsche production vehicles as well as race cars in a series of tournaments and club meeting events. Each is divided in three time eras; Classic Era, Golden Era and Modern Era.

Following a chronological progression, players start from the introduction of the first 356 in 1950 to the debut of the 996 Turbo in the year 2000. Most tournaments differ in difficulty level, entry fee, number of tracks and course types.

Factory Driver puts players in the role of an official Porsche test driver. Players are given various simple tasks such as performing 360 degree spins before being able to sign with Porsche AG.

Players will need to deliver cars and take part in races after being signed to Porsche. They also need to beat challenges from other test drivers such as slaloms through parts of tracks or test cars from the team's mechanic. 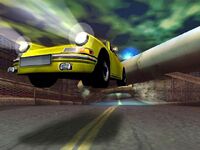 Players can create custom races, alter the difficulty level, change the number of opponents (up to seven), change the cars the opponents driving, alter traffic density and set a driving direction in a similar style as seen in Need for Speed: High Stakes.

Players can participate in Multiplayer modes across the Internet, LAN or peer to peer (modem or IP) games.

Quick races on the PlayStation release can be set for one, up to four players. 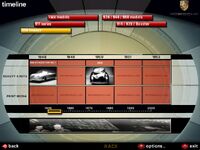 The PC release features the Porsche Chronicle section, consisting of an interactive menu in which players can access pictures, commented videos, and vintage promotional material from the Porsche line-up. The presented material is organised by chronological order and car line-up.

Vehicles in Need for Speed: Porsche Unleashed are comprised of Porsche vehicles from 1948 to 2000. The PC release features a fully 3D-modelled cockpit driving perspective, as well as more detailed models, allowing players to interact with doors, convertible roof, trunk, and engine lids.

New parts can be unlocked and bought whilst playing Evolution mode. In addition, paint options included exterior and interior colour, as well as trim packages of racing stripes and numbers.

Courses follow a point-to-point configuration and are set within Western Europe. The city of Monte Carlo is the only urban location used for circuit race events.

Courses follow a circuit design, with most of them being based on a segment of one of the five main different locations. Each route differs depending on the current era.

The 40 Jahre 911 edition was released on November 13, 2003 with availability limited to Germany only, and is a special 40th year anniversary edition for the Porsche 911. The game is packed in a unique metal box, and the 40 Jahre 911 soundtrack compilation CD is included as well.

An online-only promotional game based off of Porsche Unleashed, dubbed Need for Speed: Top Speed, was released to promote both the release of MacGillivray Freeman's 2002 IMAX film, Top Speed, and the Porsche Cayenne.[1]

Need for Speed: Porsche Unleashed is the first game in the series in which development wasn't shared between computer and console releases, in order to capitalise on the strong points of PC hardware[2]. Two renditions of the game were released; the PlayStation release developed by Eden Games, and the PC release developed by EA Canada. They differ in various aspects including gameplay, physics, locations, progression, vehicles, and soundtrack.

A Game Boy Advance release, loosely based on the EA Canada developed PC release, was developed by Pocketeers and made available in March 2004. 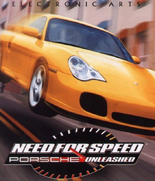 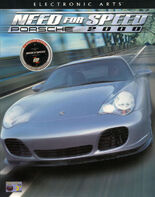 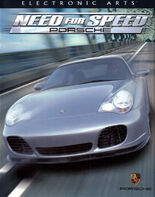 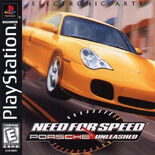 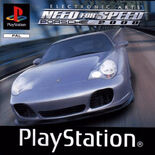 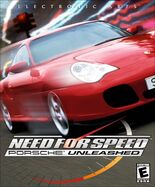