Need for Speed Wiki
Register
Don't have an account?
Sign In
Advertisement
in: Games, Need for Speed Series, PC (Game),
and 13 more
English

Rivals Limited Edition
Rivals Complete Edition
Need for Speed: Rivals is the twentieth title in the Need for Speed series. All releases use the Frostbite 3 engine developed by Digital Illusions Creative Entertainment (DICE).

Need for Speed: Rivals has been in development at Ghost Games, a new studio in Sweden staffed by developers from DICE. The title was developed in collaboration with Criterion Games, as the studio's former director - Craig Sullivan - has been part of the team alongside executive producer Marcus Nilsson.

Racing driver and YouTube celebrity Ken Block was announced to be Need for Speed's Racing Advisor[1], and Ken's racing livery will be made available for the Ford Mustang GT.[2]

AllDrive is a connectivity suite utilised in Need for Speed: Rivals alongside the Autolog feature seen in previous titles.

There are three presets to AllDrive to select from before starting the game and these presets can be exchanged at any given point.

All players will be able to experience a complete single player experience without having to be constantly connected to the internet.

Several bonus packs were made available as part of pre-ordering Need for Speed: Rivals. The rewarded packs differ between retailer, country and gaming platform.

Cars featured in Need for Speed: Rivals each have a distinct faction of either Police or Racer.

Players can personalise several of their vehicles with each offering a selection of body paint colours, paint finish, liveries, custom licence plates, rims and performance upgrades.

The available selection differs between the player's progression and play style through each career.[4]

Players will be capable of using weaponry against other drivers depending on the faction they represent. There are a total of eleven available weapons with each being upgradable as the player progresses through the game.

Players earn Speed Points as they complete challenges or events during gameplay. Accumulated points can be spent on new personalisation items, upgrading weapons and new vehicles.

Completing objects in a SpeedList will reward the player with additional Speed Points and completing an entire list of objectives will unlock a series of items.

Engaging in any event online adds an additional 20% per participating player to the total amount of Speed Points awarded.

Officers earn Speed Points by completing Assignment targets and busting Racers before they can bank their Speed Points. Police units are made aware of racers as they earn un-banked Speed Points with those consolidating a great amount of points becoming a high value target.

Police units are awarded additional Speed Points for team work and responding to pursuits that are already in progress.

A racer's progress is determined by the amount of Speed Points they've earned. Completing SpeedList targets will drastically increase the amount of accumulated points.

The longer a racer stays out will increase the amount of awarded Speed Points but will also attract higher level police units. A number of Safe Houses are scattered across the map that allow racers to bank in their Speed Points and avoid the risk of losing them to the police. 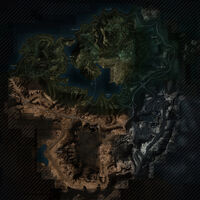 Need for Speed: Rivals takes place in the fictional location of Redview County with over 100 miles of open roads.[5] The area is full of collectables such as jumps and speed cameras.[6]

Need For Speed: Rivals features a dynamic system. The weather can change at a moments notice, forcing the player to adapt to new conditions, despite the possibility of being ill-equipped with non-optimal gear.

Numerous events can be found across Redview County for both players of the police and racer faction. Each event can be accessed in either single player or participated co-operatively through AllDrive. 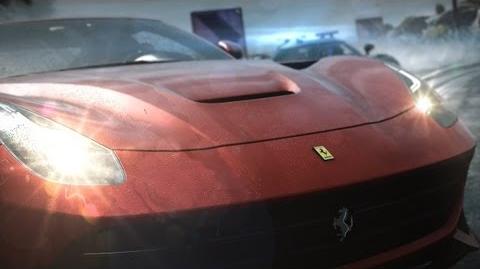 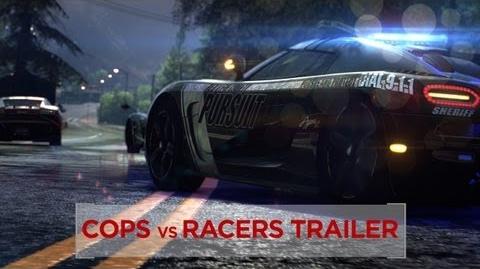 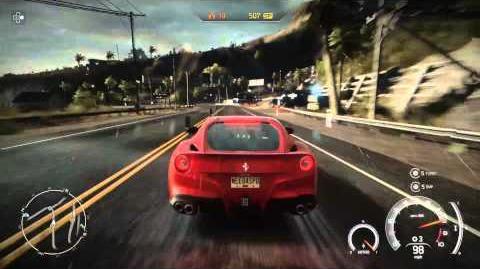 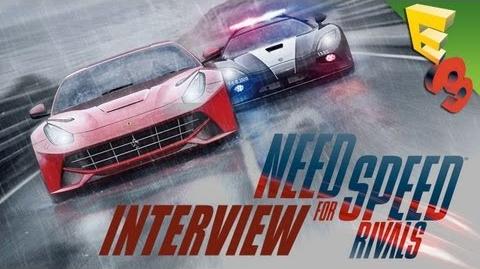 Need for Speed RIVALS Interview with Adam Sessler at E3 2013! 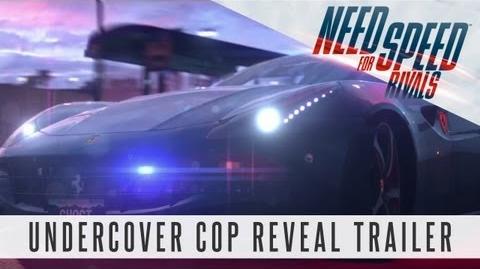 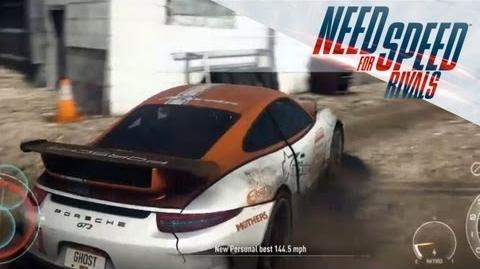 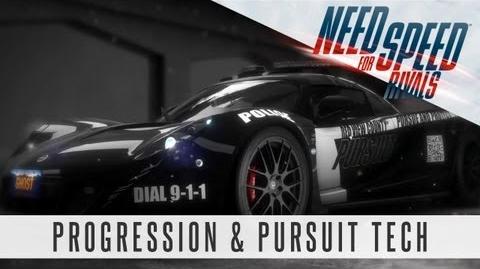 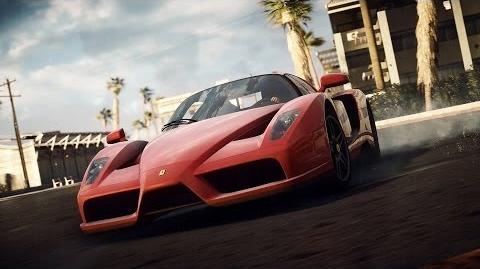