Need for Speed: Underground completely redesigned the series' formula with a heavy emphasis on tuner culture and a storyline-driven career mode. All races take place in a generic city at night, featuring vehicles associated with the import scene rather than exotic cars.

Underground Mode is the career mode in which players progress through over 100 events across all race types to earn cash as well as unlock cars, routes, upgrades, and magazines. Players face-off against various characters through the story of Underground Mode, leading to a race against Eddie; the leader of The Eastsiders.

The story begins with the player at the centre of the action in a circuit race. They are given a uniquely styled Acura Integra Type R that allows them to easily defeat their opponents, but they are suddenly woken up by Samantha, who tells them to stop daydreaming.

Samantha is the player's friend in the city. She shows the player how the console with the races works, who is who, and makes fun of the player's first car. Eddie is the leader of The Eastsiders and currently the best racer on the streets of Olympic City; he also has a girlfriend - Melissa.

The player meets other racers and eventually gathers a small list of nemesis that continually challenge them. The player is introduced to TJ, whom promises unique vehicle upgrades in exchange for beating time trial challenges. Samantha does the same from time to time and offers unique visual modifications instead.

The player's successive victories do not impress Eddie. He mocks the player's skill, saying they have a long way to go to 'roll his streets'. The player eventually builds enough hype to be too hard to ignore and forces Eddie to challenge them to beat Samantha in a sprint race before they can go after Eddie.

The player's willingness in going for it infuriates her. Samantha totals her Civic's engine attempting to beat the player. TJ takes the junked car for himself after the event.

Eddie tries to once again get rid of the player as they come close to becoming the best racer in Olympic City. The player also sees TJ in Samantha's recovered car after he fixed it, but it has been vandalised.

The player wins a pink slip circuit race for Samantha and reclaims her car to make amends. Samantha gives the player a choice of a wide body kit for their car.

After the player's win, the challenger is revealed to be Melissa. That event solidifies the player's status as the new best Underground racer in Olympic City.

Players get more reputation, represented by stars, the more they visually modify their vehicle. Each star is a bonus multiplier for style points, and reputation is required to enter Underground Mode tournaments. 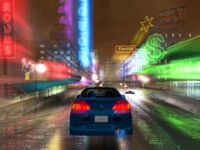 Race modes held in Olympic City each have their own specific routes. With circuit, sprint, drag races taking place along the streets, and drift races being held in the dockyards.

Unlike its predecessors, the car list in Need for Speed: Underground is solely composed of vehicles related to tuner culture. It also introduced a variety of compact cars and low end vehicle options. 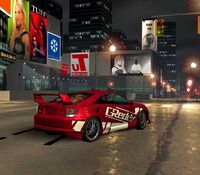 Need for Speed: Underground features a wide selection of visual customisation items. Players will have their style ranked in a five stars reputation system and new parts are unlocked through Underground Mode. The game offers numerous options including body parts, paint colours, various accessories, among others.

Cars can be altered with Performance Modifications as well, with players having the ability to increase their car’s performance by applying performance upgrades to the car. The player can upgrade their car's engine, drivetrain, suspension, tyres, and engine control unit (ECU). They can also add nitrous oxide and turbo chargers, as well as reduce the car’s weight with a "weight reduction package."

Critics generally liked the game[2] despite primary complaints of repetitive tracks[3], unbalanced rubberband AI, excessive use of random traffic, and the lack of any online features for the GameCube and Xbox releases[4].

IGN gave the game a rating of 8.9 out of 10 for the PlayStation 2 release.

A localised PlayStation 2 release of Need for Speed: Underground was made available for the Japanese market in 2004, featuring additional content.

Need for Speed: Underground was reformatted into an arcade title by Global VR. 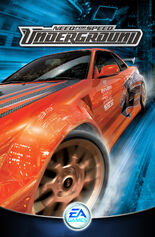 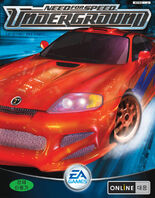 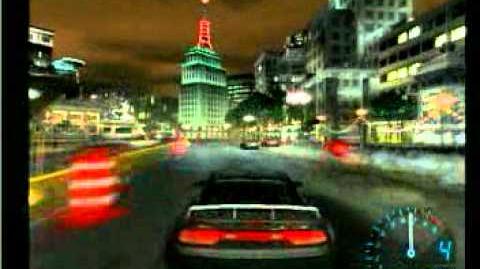 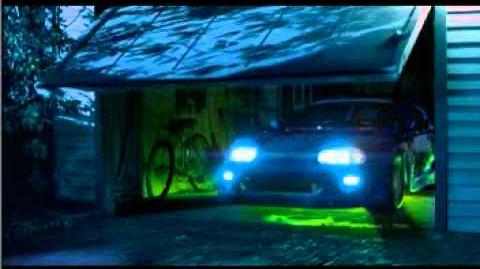 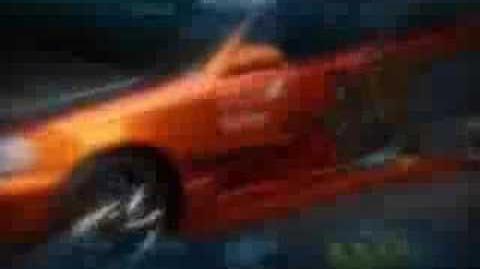 NFSU - Making Of
The Making of Need For Speed: Underground
(Behind the Scenes)