Need for Speed Wiki
Register
Don't have an account?
Sign In
Advertisement
in: Games, Need for Speed Series, PC,
and 7 more
English

For the sequel to Road & Track Presents: The Need for Speed, EA Canada abandoned the Road & Track license in favor of direct agreements with the manufacturers, and took more liberties with the driving model pursuing a gameplay focused on arcade racing, which included a simpler driving style, as well as courses with exotic settings and high jumps.[1]

Need for Speed II features various game modes which can be played in single player or in multiplayer through 2 player split-screen, with additional online options on PC including modem, network, and serial link multiplayer.

Tournament and Knockout events has cars sorted into performance classes, which are two in the original PlayStation and PC releases and three in the Special Edition.

Each of the game modes can be customised with catch-up mode. Players can also choose from different driving styles; simulation and arcade, in which the latter has cars more prone to drift and better regain of control after collisions.

The car list mainly consists of European sports cars and concept cars from the 1990s, focusing on exotic high performance models. Every car's brake bias, downforce, and gear ratios may be fine-tuned. Vehicles can also have their body colour changed.

Players can also enter a vehicle's Showcase to view commented performance statistics and history, as well as slide show, and a short video presentation of each car. 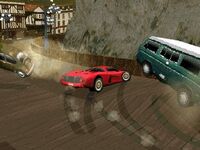 All courses follow circuit configuration, and are set in various differing environments around the world. Need for Speed II also introduced the possibility to go off-road and to take shortcuts.

An additional course based on the Mexican coast would be made available in the Special Edition release on PC, and named Last Resort.

Need for Speed II has composed themes for the menus, as well as two unique themes for each course, with songs featuring elements based on the different locations's aesthetics.

In each race course an interactive soundtrack will be played, which is directly adapted to the player's gaming situation.

A Special Edition of Need for Speed II was released in 1997 which includes three additional vehicles as well as three new bonus cars, a new course, mirrored and reverse driving directions, a new driving style, and 3dfx Glide support. 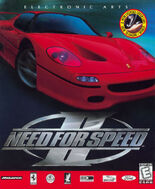 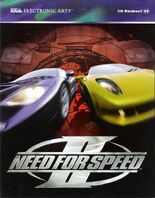 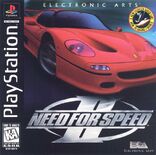 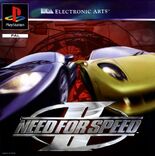 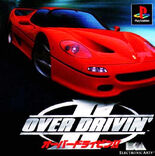