Need for Speed Wiki
Register
Don't have an account?
Sign In
Advertisement
in: Games, Need for Speed Series, PC (Game),
and 5 more
English

For other games in the Hot Pursuit subseries, see - Need for Speed: Hot Pursuit

There are three race modes players can select, although Knockout and Tournament mode are only playable as race series that take place in every race course of the title. Additionally, they can only have their difficulty altered. Players earn higher rewards for completing and winning events on higher difficulties on these modes.

A competition between two racers featuring police force, which uses tactics such as ramming the racers, Roadblocks and Spike Strips. Similar to Knockout and Tournament mode, players will receive rewards upon completing a Hot Pursuit race on every race course as a racer and cop.

Any racer including AI drivers will receive a warning if they are caught by the police. Earning too many warnings will cause the racer to be arrested and allow their opponent to win the event.

The PC port of Need for Speed III: Hot Pursuit is the first game in the series to let players drive police cars and chase racers. Players taking on the role of a cop have the primary task of busting every racer, and AI drivers are only allowed to earn a single warning by the police before being busted. Winning Hot Pursuit events unlocks additional pursuit vehicles.

Each vehicle has Car Showcase in which players can view real-life information, pictures, and a 360° interior view of the real life model. It is also possible to fine-tune a vehicle's performance, as well as compare every car via in-game performance regardless of class. Players can choose their vehicle's colour from a set of factory options, with the PC release also having the option to select a custom colour. 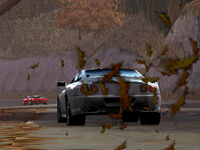 Nine courses are available, based on five locations reminiscing of North American themes. Each one of the four beginner courses is related to one of the four expert courses, sharing location and theme although having differences such as season of the year. The bonus course becomes available upon beating the Knockout mode.

All courses can have its parameters altered:

The PlayStation release features additional hidden courses, although these are not available in Hot Pursuit mode.

Need for Speed III: Hot Pursuit has composed themes for the menus, as well as two unique themes for each of the five locations - a rock track and a techno track.

In each race course an interactive soundtrack will be played, which is directly adapted to the player's gaming situation.

Need for Speed: Web Racing, an online-only conversion of Need for Speed III: Hot Pursuit developed for web browsers, was made available through EA.com's Platinum service in 2001.[1] [2]

The PlayStation release of Hot Pursuit has a few differences in both gameplay and graphics in comparison with the PC release. 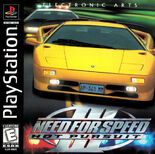 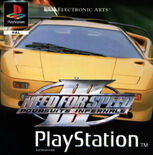 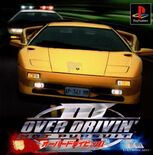