This article is to be used as a guide when creating or editing car articles.

The name of the vehicle model article should pertain to its manufacturer, model, trim, year, engine displacement, and regional differences. Not all aspects will be required for many of the vehicles featured, but may be required if it is featured in differing variations as additional titles in the series are released.

A manufacturer, model, and trim is the bare minimum for a vehicle article name. Greater detail such as engine displacement, regional differences, and year is required if it is a factor in differentiating a car article with another.

Vehicles that may be easily mistaken for another, often confused with another or featured in a game with a lacking description will be combined into a disambiguation page. These pages serve as a breakdown for vehicles featured in various differing trims, model years or engine displacement throughout the series.

The image used in the infobox should be a promotional image from the most recent title distributed by Electronic Arts, but a user submitted image can be utilised if no promotional image has been released or if it is a better image of the vehicle.

The opening section for every car article should highlight the real world aspects of the car with the vehicle name, its manufacturer, and its year of production as minimal information. Additional information should be added with regards specifically to the featured model including any specific design aspects, notable history, new technology, first public showing, alterations over differing models, and limited units produced.

The length of this section should reach the base of the infobox used when previewed Tablet Portrait. Beyond that is allowed, but shouldn't extend too far as it can deter from the game specific sections of the article.

Each section pertaining to a given title should highlight where the vehicle was first shown to the public, its performance rating or vehicle type if given, if it is included in an add-on pack, requirements for unlocking it in-game, its in-game price, and any distinct details that make it special.

Describing its performance capabilities should only relate to the vehicle itself in-game. Comparing it against another vehicle in the same game is counter-productive as it fails to highlight the attributes to the car, and instead compares it in a one-to-one top trumps against a single vehicle. However, performance aspects can be compared to a lesser or improved vehicle of the same model range, alongside its own performance capabilities, as it highlights differences between what could be very similar or greatly different models.

The galley section of a car article should only include 1 image of the car the article is about per game or per appropriate style as some titles may include a story, style or converted variation of a model alongside its stock rendition.

The gallery should not be created with <gallery> alone. Car articles use:
<gallery spacing="small" orientation="square" widths="155" hideaddbutton="true">

Each image should highlight the game the image is taken from as its main heading and any particular variation it is in brackets as well as reduced text size.
Example 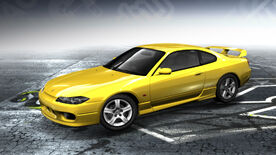 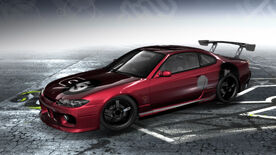 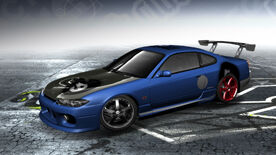 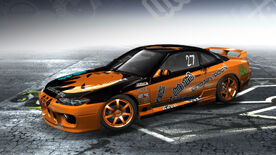 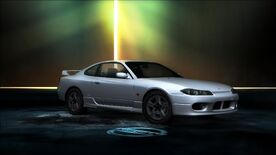 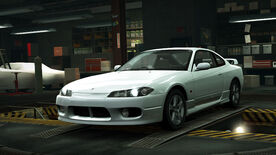 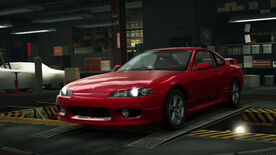 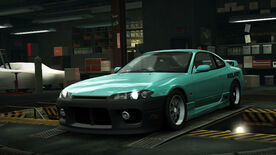 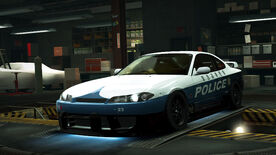 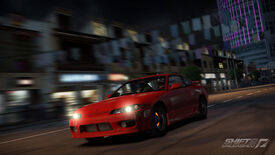 The video section of a car article should only include vehicle specific media relating to the car. This media can be trailers, turn tables or a making of.

The video section should not be created with <gallery> alone. Car articles use:
<gallery widths="200" spacing="small" captionalign="left" hideaddbutton="true"> 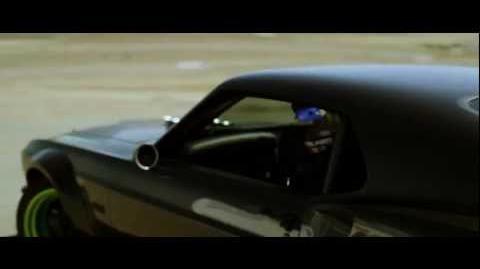 The Making of the RTR-X
Team Need for Speed
(Making)

The infobox for all car articles can play a sound clip of the car it relates to. Sound clips should feature the engine noise of the car with no other or little as possible ambient noise.

The clips should be fairly short and not exceed 30 seconds. It is recommended to record the engine acceleration and gear change.

Car articles containing a high amount of misleading information, poor structure and/or grammatical errors must have a {{Cleanup}} added below the infobox.

Unqiue attributes relating to a car within a specific Need for Speed title should be highlighted in the Trivia section, and real-life information should not be added into Trivia to avoid confusion unless they have a relation to the game appearance of a car.

References can be added for the vehicle performance statistics infobox in the edit summary before it is published.

Content that can be referenced in the article can be added with <ref>url</ref> and, if needed, also adding <references /> under the header References at the bottom of the article but above any navigation templates.

Retrieved from "https://nfs.fandom.com/wiki/Need_for_Speed_Wiki:Car_Articles?oldid=132011"
Community content is available under CC-BY-SA unless otherwise noted.