The 180SX model was made available with a 2.0 litre turbocharged engine, codenamed SR20DET, with the Type II trim. The trim was later rebranded to Type X in 1994 alongside a design facelift. In 1996, the 180SX received another major exterior update.

The 180SX Type-X appears in Nissan Presents: Over Drivin' GT-R, a localised Japan release of Road & Track Presents: The Need for Speed for Sega Saturn.

The 180SX Type-X can be purchased for

It appears as a reward for completing its Fastlane event that was first held on July 12, 2016. The starting performance rating is 276 and comes with an installed bodykit, custom paint and decals.

It is also appears in the "#IAmTheSpeedhunter" special event in a poor visual condition similar to a loaned Nissan Skyline GT-R V-Spec II (R34) from the same event.

The stock 180SX Type-X is a sports class car that requires 4 rare blueprints to unlock. The blueprints required to unlock the vehicle can be found from various sources;

The 180SX Type-X appears in Need for Speed: Payback following a brief appearance in the Welcome to Fortune Valley trailer[1] released on September 26, 2017.

It is unlocked for purchase from the drag, drift, and race class dealerships upon completing a questline in chapter 2 - Desert Winds.

The 180SX Type-X appears in Need for Speed: Heat following its brief appearance in the official reveal trailer, which was released on August 14, 2019.[2] An article, revealing it to be part of the game's official car list, was published[3][4] on August 19, 2019, and appears in the NFS: Heat Studio app as part of container 1, which was included with the release of the app.

The stock 180SX Type-X can be unlocked in Need for Speed: Heat.

A pre-modified version is also offered as one of the starter cars given by Lucas. 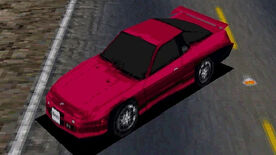 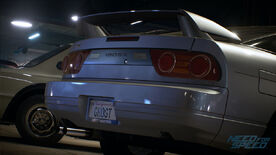 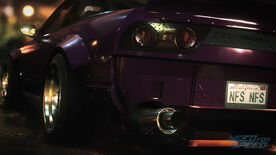 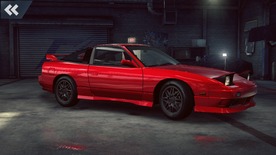 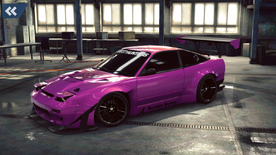 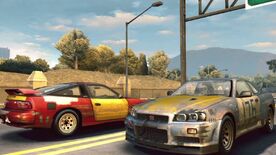 Need for Speed: No Limits
(Garry's) 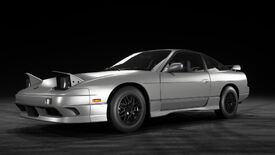 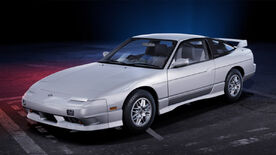 Retrieved from "https://nfs.fandom.com/wiki/Nissan_180SX_(S13)?oldid=136751"
Community content is available under CC-BY-SA unless otherwise noted.