Need for Speed Wiki
Register
Don't have an account?
Sign In
Advertisement
in: Vehicles, 1990s, Nissan,
and 28 more

In 1996, the car received a facelift, with what is referred to as the Kouki trim, which included aggressive formed front lights, new tail lights, and a refreshed interior.

Aero packages, like those fitted to the Silvia (S14), were not offered, though the Kouki trim was also available in Europe as the S14a.

Today, the S14 is frequently used in drift motorsport, like any other Silvia generation starting from the S13. The car is a popular tuning model worldwide too, thanks to its engine which can generate a high power output, while being able to retain a long lifespan.

Compared to the Nissan 240SX (S13), the car performs better in any way for a slightly higher price. Similar to that car and the Nissan Silvia S15, which is also powered by a SR20DET turbo engine, the Nissan 200SX has an effective acceleration and controllable handling.

Like the Nissan S13 and Nissan S15, it is a good performer for Drift. It may be slightly too underpowered for racing even with a Works upgrade though.

The 200SX S14's handling performance is equal to the Nissan Silvia (S15)'s. It has a somewhat more powerful acceleration and nitrous boost. Like the Nissan Silvia, its standard top speed is limited at 123 mph (198 km/h).

The 200SX is one of the most effective E class cars for racing and is a good performer in pursuits too. Its performance can be greatly improved and made competitive against vehicles from higher classes up to Class B as maximum.

The "Hashiriya 14" style is an art director car that costs

Its inclusion was revealed by the official Need for Speed website on August 7, 2011.

The stock 200SX (S14) is unlocked upon the player achieving a Bronze Medal in all "Coastal Rush" events in the Challenge Series.

The Need for Speed Edition 200SX (S14) is unlocked upon the player beating 15 Group Objectives in multiplayer Playlists.

The "Old Spice" Signature Edition 200SX (S14) requires the Old Spice 'Smell Faster' Pack and is unlocked from the beginning of the game.

The "Powers" Signature Edition 200SX (S14) can be unlocked by the player as a possible Bonus Wheel reward.

The 200SX 1997 appears in Need for Speed: Edge with an A class performance rating. 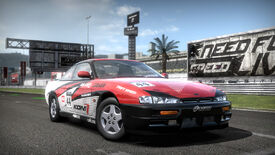 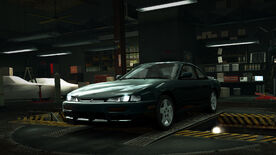 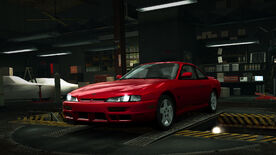 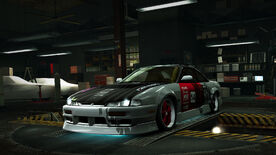 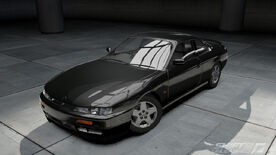 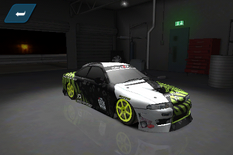 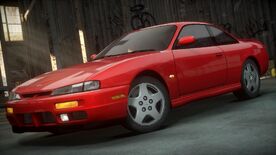 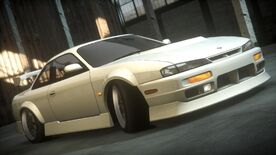 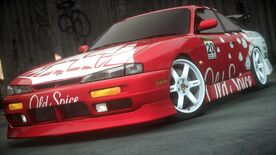 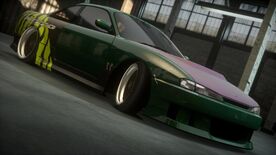 Need for Speed: The Run
("Powers") 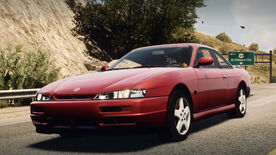 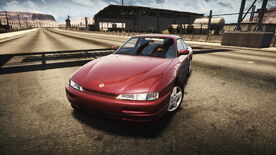