Need for Speed Wiki
Register
Don't have an account?
Sign In
Advertisement
in: Vehicles, 2000s, Nissan,
and 23 more

It was introduced in September 2005 with several exterior changes such as new lights, a new front bumper and 18" five-spoke alloy wheels. Its power output was increased to 306 bhp thanks to a higher engine rev range of 6,400 rpm.

Need for Speed: Carbon - Own The City

The 350Z is featured in Need for Speed: Carbon - Own The City with a price tag of $79,000 and can be unlocked after defeating Daemon. It is also driven by Daemon himself, as well Buckster, and Sara during the final race.

The 350Z appears in Need for Speed: ProStreet as a Tier 2 car with a price tag of $39,000. It is already playable in an early raceday of the game - Battle Machine Challenge: Texas. Upon completing this event, the player can pick the 350Z or a Golf GTI as a reward.

The 350Z is capable of outperforming most cars during the earlier portion of the career mode. It is featured with strong acceleration and a fairly high top speed. However, these traits come at the cost of handling, as its rear can quickly become loose in corners.

The 350Z can be found in the game files of the PC, Xbox 360, and PlayStation 3 releases of Need for Speed: Undercover.

The model is fully customisable with the exception of any body kits. The model has no damage state, but if included in the released game, it could have been purchased with a price tag of $65,500.

The 350Z appears in the PlayStation Portable release of Need for Speed: Undercover with a price tag of $62,000. It is unlocked with a higher progression in the career mode.

In Need for Speed: Shift, the 350Z is one of the fastest Tier 1 cars. It has superior performance figures to most cars within its range, which includes acceleration and top speed. Corners can be mastered without any difficulties, although it tends to oversteer in corners.

The 350Z in Shift 2: Unleashed is one of the best Class C starter cars players can choose, despite being the cheapest car players can buy. Its rivals are no longer underpowered as seen in the previous title. Instead, they are up to par with the 350Z.

The 350Z appears as a Sports class car in the Need for Speed Heroes Pack for the PC, PlayStation 3 and Xbox 360 releases of Need for Speed: Most Wanted (2012). It is featured with a livery that resembles Rachel's car from Need for Speed: Underground 2.

Purchasing the Need for Speed Heroes Pack will immediately unlock the 350Z within single player and multiplayer.

The car is fitted with a Do-Luck inspired body kit with a spoiler, custom hood, and a set of BBS LM-R rims.

Performance-wise the 350Z has similar stats to the Skyline except it has lesser top speed and off road capabilities but it has a slight advantage in terms of toughness.

The 350Z 2006 appears in Need for Speed: Edge with an A class performance rating. 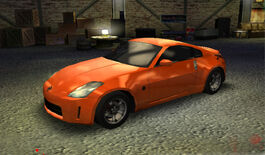 Need for Speed: Carbon - Own The City 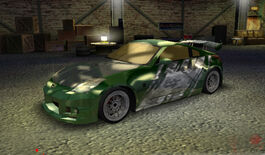 Need for Speed: Carbon - Own The City
(Buckster's and Daemon's) 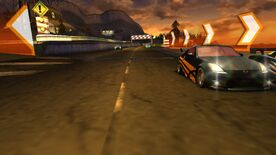 Need for Speed: Carbon - Own The City
(Sara's) 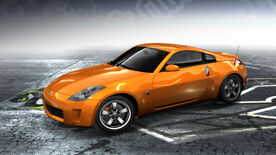 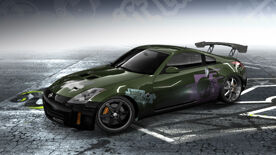 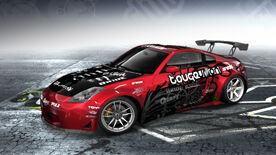 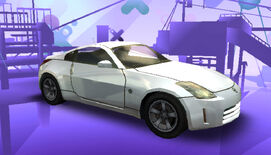 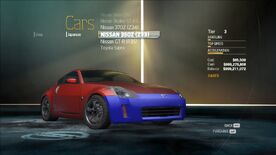 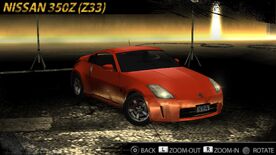 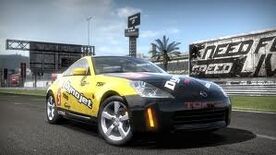 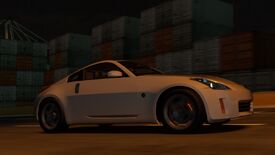 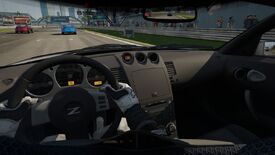 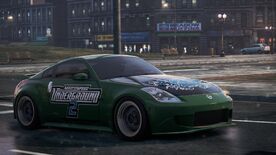 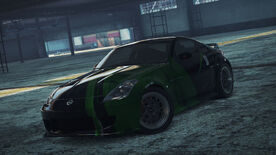 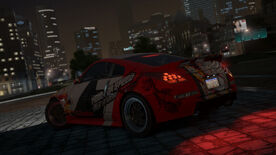 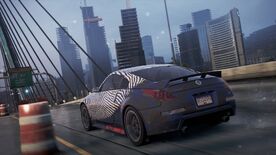 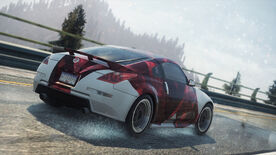 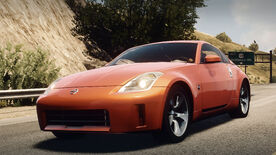